Recently I took part in a panel discussion about the art of translating poetry. It was chaired by Connie Bloomfield from UCL and held at the Enitharmon Gallery in Bloomsbury. I was joined by David Harsent (translating Yannis Ritsos), Emma Wagstaff and Nina Parish (co-editors of Writing the Real: A Bilingual Anthology of Contemporary French Poetry) and Jane Duran (translating Lorca). Part of the evening was spent comparing our differing approaches to translating a poem in Catalan by Josep Lluis Aguilo. Inevitably, we differed on our approaches both to the specific and general issues raised by poetry translation. But it has prompted me to gather up these 20 thoughts on the issues in this blog post.

While preparing it, I also happened across further observations on the issue as quoted in the recently published Peepal Tree Press translation of Pedro Mir’s Countersong to Walt Whitman. The late Donald Walsh is quoted as saying “The translator’s first task is to discover exactly what the author has said . . . He must try to re-create in his language the miraculous fusion of thought and expression that produced the original work . . . the translator’s role is humble and secondary . . . he must do his best to circumvent obstacles . . . his duty is to express not himself but his author”.

As what follows will suggest, I find myself largely in agreement with such views – though the compromising, tentative, humble processes that Walsh describes here and the inevitably pyrrhic kind of victories one can expect from them are unlikely to make for dramatic headlines in literary journals or publishers’ blurbs – but I believe this is what the best translators do. 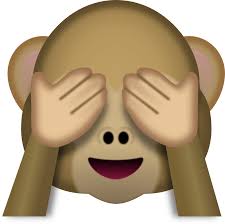 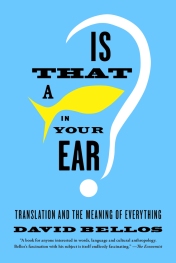 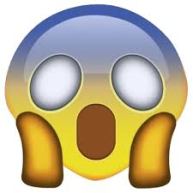 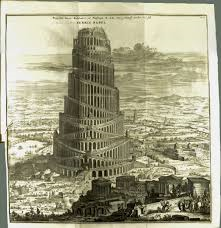 Having posted last week about Brecht’s poem ‘Of poor B.B.’ it felt pretty inevitable that I should have a go at translating it myself. Though it can’t always be the case, most translations are like this – undertaken as a tribute to the original poet and poem, a public declaration that this fascinated me, an attempt to really work out how the text functions and achieves its ends. Disseminating the text to the target language’s reading public is also an aspect of this tribute paid. 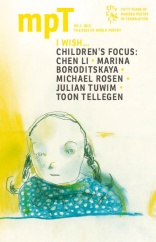 David Constantine, writing in Modern Poetry in Translation (No. 2 2015) about Derek Mahon’s recently published translations (Echo’s Grove (Gallery Press, 2013)) considers the “liberties” Mahon tends to take with such work to produce “almost” original poems in English while allowing their sources to remain audible. Mahon does this by working from “cribs of one kind or another” and Constantine suggests that this has become a very common practice. Indeed, “Mahon practices the belief that you don’t actually need to know well or even at all the languages you translate out of; even – a possible sub-text – that knowing them might be a disadvantage” (MPT, No. pp.111-113). As someone who was remarkably poor at languages at school, this is something I have found myself saying in recent years since going public with a few translations (for example, see post on translating Rilke). I like to think of the source poem as a series of gestures – like a dance performed by the original author – so the translator must try to achieve similar effects but with his/her own body (of language). A crib will guide me to the main movements, even to much of the details, but tone, emotional colour, shades of irony are harder to trans-late and cannot merely be copied. This gesture made by this body, if repeated precisely by my body, will more likely look awkward, or meaningless, or comic when it was intended as serious. I have to achieve the end (as far as I see it and understand its intended impact – you have to rely on the translator for that certainly) by using the resources at my disposal, my physique, my body of language.

In practice, what this means is that once the basic outline and incontrovertible details are in place in a translation, I have to close the source book and try to pump some life into the target text. Ted Hughes imagined a poem without true life in it as limping (Poetry in the Making, p.15); a translation without true life in it is only going to be a halting performance you’d rather not witness, worrying about whether such a gesture was intended or not, ironic or not, you fear the whole is not coherent, a mere series of movements, not a dance at all. I’ve always liked Charles Tomlinson’s formulation of the translation task: in introducing his now 50-year-old translations of Fyodor Tyutchev, he claimed ‘The aim of these translations has been to preserve not the metre, but the movement of each poem – its flight, or track through the mind’ (Versions from Fyodor Tyutchev 1803-1873 (Oxford: OUP, 1960)).

Happily, ‘Of poor B.B.’ is not a text of great complexity. Brecht is usually concerned to communicate clearly and he says in ‘On Rhymeless Verse with Irregular Rhythms’ (Poems 1913-1956, pp. 463-471)) “what was needed was the tone of direct and spontaneous speech”. He mostly wanted to use “everyday speech” and “sobriety of expression” which he felt was “by no means irreconcilable with poetry”. So Brecht is not exactly Rilke or Mallarme for the translator. Looking at Hofmann and Hamburger’s translations (as referred to in last week’s post), most of Brecht’s dance is clearly conveyed with little variation between the two versions. Though Brecht’s lines are pretty irregular he does keep a ballad-like rhyme in lines 2 and 4 of each quatrain and I miss this in Hofmann’s version. Hoffman also (to my mind) overelaborates in a few of his English choices. “Sterbsakrament” (Hamburger has “last sacrament”) becomes “every sacramental perquisite”. Hofmann’s narrator looks at the two women in quatrain 4 “insouciantly” and his pine trees “micturate” (when the point of the contrast with the city asks for something more downright like Hamburger’s “piss”). I don’t think lexical adventures here are quite right for this poem. Also in quatrain 7, Hofmann’s antennae “underwire” the Atlantic. Brecht is referring to transatlantic cables but the allusion to supportive bras seems distracting and gives mankind’s efforts too much power. I read the point as suggesting our technology is dwarfed by the ocean in the remarkable image that our best advances merely entertain (“unterhalten”) or “amuse” (Hamburger) the Atlantic.

Regarding the hat donned by the narrator to fit in with city folk, Hofmann’s “top hat” seems a little too up-market, while Hamburger’s “hard hat” conjures up a building site. I have gone for “bowler hat” of a clerk or business man. The sound of the birds in quatrain 6 is important. Hofmann’s “bawl” catches the anti-pastoral tone of the poem but Hamburger is forced by the needs of form to go for “twitter and cheep” (to rhyme with “sleep”). There is also some ambiguity in the final stanza where the narrator hopes to keep his “Virginia” alight in the coming earthquakes of social disruption. The German suggests the cigar will hopefully not go out (“nicht ausgeher”) and the cause: “lassen durch Bitterkeit”. Hofmann renders this as hoping the cigar will not “go bitter on me” whereas Hamburger (again in part for the sake of form) hopes to keep the cigar alight “embittered or no”. Hofmann’s phrase feels too narrowly concerned with the smoking experience but Hamburger’s rather awkward phrase does successfully suggest what I see in the final lines – the narrator’s hope (if not altogether sincerely) that he himself may avoid becoming bitter. My solution tries to hold both literal and transferred metaphorical senses of the bitter cigar equally within the line. I’ve come to think of this as important to the poem as the narrator is blessed with a degree of self awareness as much as he is cursed with a cynical, dismissive hedonism.

I, Bertolt Brecht, came from the black forests.
My mother bore me into the city
while I was in her womb. And till my dying day
the chill of the woods will lie there inside me.

In the asphalt city I’m at home. From the beginning
supplied with every last sacrament:
with newspapers – and tobacco – and with brandy.
To the end, suspicious, lazy, content.

I’m amicable with the people I meet. I don
a bowler hat in just the way they do.
I say: they’re animals with a quite peculiar smell.
And I say: so what – I am too.

In the morning, in my vacant rocking chairs,
I sometimes set for myself a couple of women
and carelessly gaze at them and converse with them:
in me you have one here you can’t rely on.

When night falls, I gather men around me;
we address each other as ‘gentlemen’.
They swing their feet onto my table tops.
They say: things will improve for us. I don’t ask when.

Come morning, in dawn’s grey light, pine trees piss
and their vermin, the birds, start to shriek.
At that hour, in the city, I drain a glass and fling
my cigar butt away and, troubled, fall asleep.

We have settled, a superficial crew,
in houses that to our minds will never fall derelict
(we’ve built tower blocks over Manhattan Island
and spindly antennae that tickle the Atlantic).

What will last of cities is what blows through them: wind!
Houses make happy eaters: wolfed in a moment.
We know it – we are temporary
and after us comes nothing really worthy of comment.

In the earthquakes that are to come, I hope I’ll keep
my Virginia lit, not doused, grown bitter.
I, Bertolt Brecht, carried off to the asphalt cities
long ago from the black forests inside my mother.