Just announced: Martyn’s new collection of poems, Between a Drowning Man, will be published by Salt Publishing in 2023.

Earlier in 2022, working with co-translator, Nancy Feng Liang, Martyn’s translation’s of poems by contemporary Chinese poet, Chen Xianfa, have won the Columbia Journal Spring 2022 Translation Prize. Competition judge, Aaron Coleman, commented: “In ‘Seven Poems,’ plainspoken music and poignant imagery breathe another life into the translated poems of Chen Xianfa. Concise lines resound: “In the bottle, ink is blue as autumn” in the poem “A Remote Sky” and “a faint tearing sound –/the last threads of water falling” in the poem “On an Old Envelope” establish a mode of perception deeply committed to both seeing and feeling the world. In this sequence of seven, that commitment to seeing and feeling is ever-interwoven with political and familial stakes that haunt how these poems move”.

Listen to Martyn reading some of his original poetry On West Wilts Radio in October 2020: there are several contributors to the programme, with Martyn’s reading beginning at 41mins. Two recent poems published by ‘Wild Court’ and a new ekphrastic poem (after Bruegel) on the Mary Evans Picture Library site.

Last year: Martyn’s collection of translations from the German, These Numbered Days, poems by Peter Huchel (Shearsman Books, 2019), won the Society of Authors’ Schlegel-Tieck Translation Prize 2020.  On behalf of the judges, Steffan Davies said:  ‘This is an absolutely superb translation of Huchel’s poems: a clear, outstanding winner even among such strong competition. It reads as poetry throughout, never ‘feeling translated’ and yet always also an accurate capturing of Huchel’s German. The poems are beautiful, economical poetry in themselves. This is translation at its very best: deep, sympathetic comprehension, inspired creativity, confident composition, fine judgement. Congratulations to a very deserving winner.’

Martyn’s other publications include:

Cargo of Limbs was published by Hercules Editions, 2019: poems by Martyn Crucefix; images by Amel Alzakout; essay by Choman Hardi. Read Ian Brinton’s review here. Blurb: Martyn Crucefix’s Cargo of Limbs is a “brilliant revision” (Choman Hardi) of lines from Book Six of Virgil’s Aeneid. Two Western journalists document in their different ways the ordeal of migrants in search of safety in Europe. “Martyn Crucefix knows in his bones that “what / happens is what’s true” and his liquid, propulsive poem records, like the accompanying photographs by Syrian artist Amel el Zakout, the horrible adventure of survival. Cargo of Limbs sees or struggles to see; it is a lament and a rebuke, a concise saga of our savage time” – Dan O’Brien 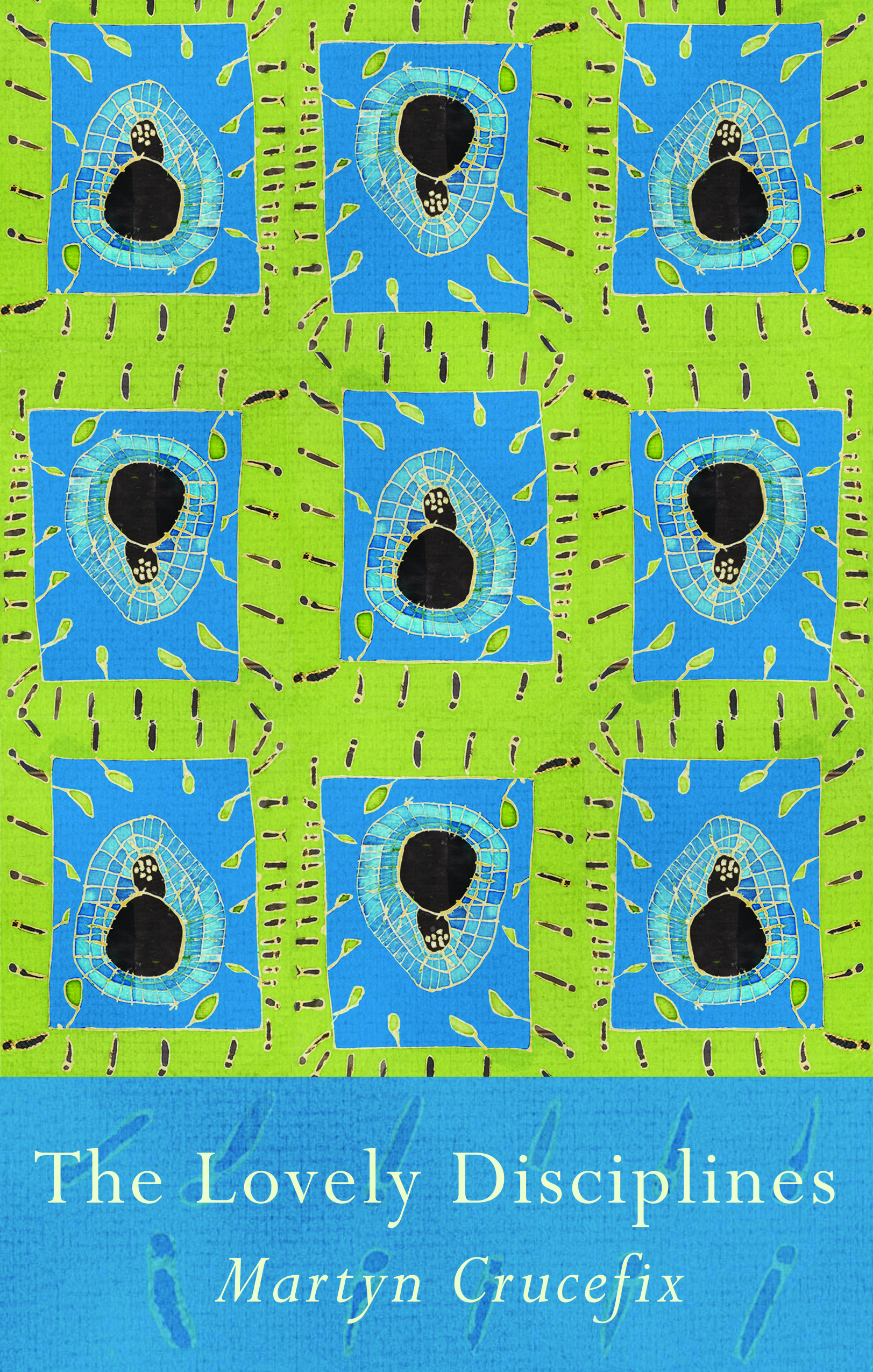 Martyn’s previous full collection of poetry was The Lovely Disciplines (Seren Books, 2017). Details and reviews can be found here.  An interview with Martyn recently appeared in South Bank Poetry. Listen to Martyn read three poems on the Poetic Voices website.

Other publications: Guillemot Press published O. at the Edge of the Gorge, with images by Phyllida Bluemel. This fourteen-poem crown of sonnets is filled with the landscape and natural history of the Marche of east Italy”. This chapbook reviewed by Helena Nelson here. Also, in very limited edition from Sam Riviere’s If a Leaf Falls Press, a short abecedary sequence,  A Convoy.

Please use the menu bar above to check out further information on Martyn’s activities as poet, translator, teacher and reviewer as well as his regular blog, recently praised as “unblinking and packed with high quality material, especially his razor-sharp reviews and [. . .] unexpected perspectives on big names”. (Matthew Stewart, Rogue Strands).

For another major interview with Martyn covering topics such as getting into poetry, traditional prosody, a discussion of narrative and confessional poetry, the processes of translation and work in development: click here.