This is the first in a series of reviews I will post over the next two months of the 5 collections chosen for the 2015 Forward Prizes Felix Dennis award for best First Collection. The £5000 prize will be decided on 28th September. The shortlist is:

Despite the ironic lack of capaciousness implied by its title, Small Hands is a brimming miscellany of poems. Many of them suggest interesting growing points for the future, but Sathnam Sanghera’s claim that Arshi is “Britain’s most promising writer” and Moniza Alvi’s talk of “genius” is premature and liable to drag the reputation of blurb-writing even deeper into the mire. A trying-on of various recognisable styles or voices is expected of any first book, compiled as they usually are over years awaiting a publisher’s call, but Arshi’s arrival at a full collection has been swift. Publicity suggests she only turned from a profession in law to poetry around 2008. It’s for this reason that her influences (Alvi, Petit and Khalvati most obviously, perhaps Emily Berry) are so clear.

Two early poems in the book allude to the idea of catastrophe. ‘Practising Your Skills’ faces an accusation about a “tendency to catastrophise everything” and this also emerges in ‘Bad Day in the Office’ where the narrator is trying not to regard rainfall as “catastrophic”. These instances may be ‘character’ points but such a ramping or ratchetting up of the ordinary is often evident elsewhere in the book and tends to caricature, a dramatic arc-lighting, unexpected (literally cata-strophic) links between disparate ideas or images and hence a love of listing: in other words, forms of surrealism. This is something Arshi has spoken about, regarding and admiring poetry as a discourse utterly counter to the kind of language-use she once employed in the law. So ‘The Lion’ is out of Angela Carter’s The Bloody Chamber via Pascale Petit and evokes a strange relationship between a woman and an older man. It’s a powerfully disturbing poem because the male figure is accorded such power, language, sensuality, wisdom and a sort of droit de seigneur over the female narrator who seems disinclined to question the set up. As with several of the quasi-pornographic pieces by Sam Riviere, the critical question here is where lies the irony? Hard to tell, especially as this is the book’s opener.

Arshi’s somewhat whimsical surrealism is better seen in her portraits of female figures alone. ‘Cousin Migrant’ is a visitant “from the skies” as well as a paradox (“her arms are thin as margins yet she can lift my children / with ease”). The Cousin’s transgressive – or more accurately, indefinable qualities – are conveyed clearly, humourously, the narrator, in contrast, is nothing more than “a storm in a tea-cup”. The confines or otherwise of female lives are treated in more conventional poetic form in the object and memory piece, ‘The Gold Bangles’, evoked as a cultural inheritance of value though the narrator prefers to think of their owner’s wrists before the gift, “still unadorned and naked”. As here, there are several other poems that draw on Arshi’s background, born to Punjabi Sikh parents in West London. ‘Jesus Saves’ is also a more conventional poem of childhood memory, on this occasion hearing a racist speaker in 1979, on Hounslow High Street, “long after Enoch”. But elsewhere, Arshi prefers to construct enigmatic poems, hovering just beyond the edge of anything one might regard as a clear and present body of evidence. This is especially so in what seem to be ‘relationship’ poems like ‘Entomological Specimens’, ‘Practising Your Skills’ or ‘Insomniac’ which cryptically advises: “Never marry an insomniac. You will have / to mind yourself”.

At the centre of the book are several poems about the tragic loss of Arshi’s brother, Deepak, at the age of 41. These poems are moving and suggest contrasting aspects of her work: deep levels of tact and restraint. Moving through the experiences of learning of his death and the family’s adjustment to his loss in slant poems about a phone call, practical details of the mourning process, officialdom, the family garden, the urn, the loss still feels raw and unresolved and there will be more poems to come on this topic I’m sure. 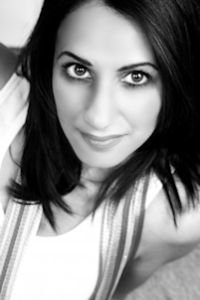 The other prominent and enjoyable aspect of Arshi’s work is its sensuality and awareness of the body; this is a collection full of hands, feet, mouths, lips, eyes, wrists, hair and, ubiquitously, skin. In ‘Lost Poem’ she talks of “taking in language / through my skin” and there is a clear project developing here in that, at their best, these poems unfold through a language of the senses rather than the intellect. Elsewhere, Arshi writes of wanting to “sequester” and “foreignate” words, de-familiarising them, wresting them away from conventional denotation. I first heard her read aloud when she won the Magma Poetry Competition in 2011 with the ghazal-like poem, ‘Hummingbird’, here tucked away at the back of the book. I now read that poem against ‘The Lion’ and this is the one I prefer for its originality. The narrative voice (undefined) addresses the ‘you’ which is mostly the hummingbird itself, though as with ‘The Lion’ the creature is also interchangeably / metaphorically human. The tender, persuasive imperatives almost immediately carry an erotic charge, though where the “fingers” probe and slip is mostly into “spaces”, lacunae. But the hummingbird figure has none of the over-bearing masculinity of the lion; we are told it is capable of “curing”, dissolving, even pronouncing the speaker. But the speaker here is not as passive and compliant as in the earlier poem. Though she will allow him/her to open the “bone-zip of my spine”, the insistence of her voice gives her an active role in the relationship. The hummingbird is invited to “anoint” the speaker, a significant contrast to the shallowness of the lion’s crude “undressing”. (Arshi discusses this poem on the Magma website here)

George Szirtes’ rather more restrained blurb observations suggest that he reads in Arshi’s work an “erotics of the spirit”. Without doubt, ‘The Hummingbird’ is a sexy, enigmatic, yet precisely expressed poem that is going to repay our re-reading of it. And if that is not the case with many other poems in Small Hands we should not be surprised. Arshi combines a liking for obliqueness, sometimes even coolness, with a desire to push what language can do and a willingness to experiment with form. Her cultural background is relatively unexplored here, yet promises much if that is the way she wishes to go. Not a winner of the 2015 Forward First Book award for me, but an intriguing writer, potentially a unique voice if she can achieve the right distance between herself and her powerful formative influences.