Of those people I spoke to, many poetry readers were surprised and delighted that Jacob Polley’s Jackself recently won the 2016 T.S. Eliot Prize against competition from the likes of Capildeo, Duhig, Oswald and Riley among others. Caught between a desire that prizes go only to the very best work and a wish that poetry’s few rewards be more equitably distributed, I was also delighted as this is a book which is bold and inventive, against the grain and successfully ambitious. (Apologies for some loss of formatting of any quotes that follow).

The book’s novelistic aspects have been noted in reviews – they are easier to discuss than its poetic achievements. Jackself is a boy growing up in the rural north of England, befriended by Jeremy Wren who, within a few years, commits suicide, leaving Jackself to deal with the grief. As ‘novel’ material, both the opening and close of the book refuse to provide what a reader might be looking for but as poetry it delivers what Heaney characterised as the “superfluity of language’s own resources. It’s a kind of overdoing it. Enough is not enough when it comes to poetry” (Giving Their Word, 2002). Polley’s language is charged, improvisatory and colloquial. It is fluid and rhythmic (more modern, less ballad-like than some reviews have suggested). It has a crusted, superfluous quality to it that reminds me of Shakespeare, or what Hughes has described of Shakespeare’s excess, and Jackself is not thinned out by constant ironising, rather it’s thickened by a weight of language, history and imaginative hard work. It’s very impressive – but needs a few reads before it gives itself up.

It’s best to begin with Jackself’s birth poem, ‘Every Creeping Thing’, the second in the collection (I’ll return to the first, ‘The House that Jack Built’ later). The natural world is important to the boy and this book and his arrival “at the door / of the door of the door” is also a journey “by water mite / by the snail on its slick of light”. There’s a Hughesian feel to some of the poems (Crow’s ‘Examination at the Womb-door’ here?) but Jackself enters a childhood freshly and vividly caught in its exploration by mouth and “curatorial spit”, cat-watching, one-piece suits and sleep that ends by “mak[ing] / the world over again” (‘Jack Sprat’). All seems good and safe though by the sixth birthday party with its “six / goody candles” there is a noting of absence: “no wishing it wouldn’t be / or wasn’t or would better be / no wondering how so hard it hurts” (‘The Goodies’). This seems proleptic of darker questions to come and is also a good example of Polley’s vigorously colloquial style, full of dynamic sound patterning.

It’s never easy to determine Jackself’s age in the book (occasionally I felt he was older than his responses suggested). I think Rimbaud suggests the detachment of self-consciousness kicks in around 7 years old so it’s perhaps at that age that Jackself is “afraid like snow he’ll wane or drift / before he can hold /  the road out front” (‘Jackself’s Quality’). He also explores “the lovely lofts / of Lamanby” – his house – showing a reflective, curiosity which is notably not catered for at school. ‘Lessons’ is great poem about the failures of education (I write as a teacher) with Jackself taken away to a corner, impelled to worship, to eat shit school dinners, to be humiliated before his parents. The thumbnail sketch of the Headmaster, Mr Workbench is worthy of Dickens as he “solemnly inclines / his one-thought- / at-a-time head”. Polley captures Jackself’s alternative headspace beautifully:

his mind a corner

his fingers a box of matches

his nose the afternoon rain

his tongue an earwig

Where Jackself is at home is in the natural world. ‘Applejack’ has strong echoes of Hughes’ ‘Wodwo’ with its instinctual, open-minded, pre-language, exploratory movement:

happens with the clouds

The book lights up differently with the appearance of Jeremy Wren, a more wise-cracking, cynical, entrepreneurial and ultimately more troubled young man than Jackself. The pair strike up a double act – they both respond powerfully to the natural world and their dialogues are both funny and poignant. In ‘Les Symbolistes’, getting drunk on “white cider and Malibu”, Jackself let’s slip for the first time an interest in poetry: “A POEM! Wren roars / you’re creepy as a two-headed calf”. This is also one of the early moments when we see Wren’s troubled side – his father beats him. The jigsaw pieces of the boy’s troubles are carefully placed by Polley. He and Jackself meet in a goose shed, as if both on the run from something; ‘It’ asks “tell us what’s wrong, Jeremy Wren”; in ‘Snow Dad’ Wren insists they make a replacement father snow-man but also recalls when he climbed into a chest freezer. He hangs himself in ‘Pact’. He “hangs thinking fuck I’ve left / no note until he’s fucking dead”. Maitreyabandhu has written of not dissimilar events in his sequence ‘Stephen’ in The Crumb Road (Bloodaxe, 2013).

Jackself now becomes a study in teenage grief. ‘The Hole’ has Jackself contemplating Wren’s grave (this is one of the poems where the language seems less comfortably matched with the likely age of the boy). One way he tries to deal with the loss is by writing. ‘Jack O’Lantern’ is a deconstructed – or as they say of websites, still in construction – ballad with Jackself trying, then rejecting, lines in a fashion that is both humorous and touching (“no           again . . .  no          again”).

Polley’s achievement is to find a form and voice which can encompass all this . . . stuff. Long and short lines are scattered across the pages, poems often start in media res, often lack an explicit subject, dialogue is unmarked and the reader must sort things out. But this all adds urgency to the telling and a fluidity to the narrative perspectives. Polley’s Jackself often reminded me of David Jones’ protagonist, Private John Ball, from In Parenthesis (1937). The two share a mythic quality, representative but individualised. In ‘The Misery’ Jackself becomes/sees himself as a heroic dragon-slayer and the dragon he wishes to kill is his grief at the death of Wren. The disturbed psychological perspective implied by this is a result of his depression over the suicide of his friend – but the poem manages a marvellous mock-heroic tone:

from his weapon chest, 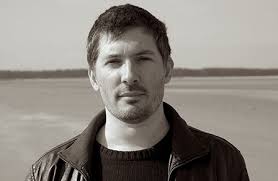 What he kills in the end is just a rabbit but the ritualistic/symbolic nature of his action has an effect. It takes a while, during which he continues his (often hilarious) dialogues with the dead Wren and finds solace in the natural world but ‘Tithe’ indicates through its page lay-out, its vast white spaces, that Wren vanishes eventually, Jackself moves on.

Hard to end such a book and I confess I didn’t find the ballad-like ‘Jack O’Bedlam’ very satisfying, but perhaps I’m falling foul of the novel reader’s desire for narrative closure (though I thought we’d all grown out of that). This is in contrast to the opening poem of the book, ‘The House that Jack Built’, which I found powerful in its own right as a historical survey of the region in which Jackself’s brief story takes place. Polley writes of the trees being felled and used, re-growing through history, interactions with burgeoning human society, the Industrial Revolution, canal building, eventually to the construction of Lamanby itself. Critics will want to debate its relevance to the sequence of personal biography that follows it and concludes with no explicit ‘picking up’ of the opening poem’s themes. It is a problem; but the depth of history this opening poem implies, its focus on the natural world, its foregrounding of (for want of a better word) folk culture surely gains Polley permission for the way in which he tells Jackself’s tale, for it as a poem. Like Jones’ use of mythic, folkloric and Shakespearean materials in In Parenthesis, Polley raises the small-scale biographical to a type without losing anything of the minute particulars which enable its readers to read Jack as themselves.