Rachel Long – My Darling from the Lions (Picador) 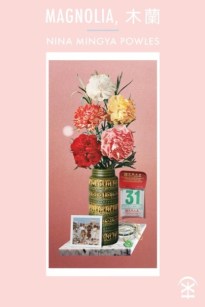 Nina Mingya Powles’ collection, Magnolia 木蘭, is an uneven book of great energy, of striking originality, but also of a great deal of borrowing. This is what good debut collections used to be like! I’m reminded of Glyn Maxwell’s disarming observation in On Poetry (Oberon Books, 2012) that he “had absolutely nothing to say till [he] was about thirty-four”. The originality of Magnolia 木蘭 is largely derived from Powles’ background and brief biographical journey. She is of mixed Malaysian-Chinese heritage, born and raised in New Zealand, spending a couple of years as a student in Shanghai and now living in the UK. Her subjects are language/s, exile and displacement, cultural loss/assimilation and identity. Shanghai is the setting for most of the poems here and behind them all loiter the shadows and models of Ocean Vuong, Sarah Howe and, especially, Anne Carson. Powles refers to the impact of reading Carson’s Sappho versions but a much earlier book like Plainwater (1995) with its extraordinary inventiveness of form, gives an idea of what Magnolia 木蘭 contains. (See also Carson’s lecture, ‘Stammering, Stops, Silence: on the Methods and Uses of Untranslation’ (2008), revised for Poetry Review (2013)). 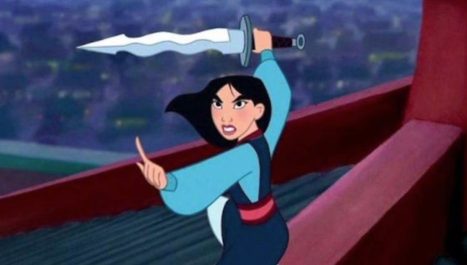 Powles has said that the opening poem is the oldest. Called ‘Girl Warrior, or: watching Mulan (1998) in Chinese with English subtitles’, it is written sections of prose (though divided by / every so often as if to suggest line breaks). The Disney animation – about a young Chinese girl who pretends to be a man in order to fight and prove herself – turns out to be an important reference point for the whole collection. The Mulan figure is recognised as idealised (disneyfied) compared to the narrator who laments her “thick legs / and too much hair that doesn’t stay”. Mulan cuts her hair short; the narrator’s mother trims hers. The issue of the subtitles raises the language question (“I understand only some of the words” of the spoken Chinese). There are suggestions of early encounters with boys, her mother dressing her up as Mulan and (later, presumably) what sounds like a writing workshop comment: “Why don’t you ever write about yourself”. All this works well as a cryptic, cut up sort of a bildungsroman, though the ending fades away less effectively and the earlier hair-cutting episode ends with a disproportionately hyperbolic image of the trimmed hair falling out of place, “ungracefully caught / in the wind of some perpetual / hurricane”. 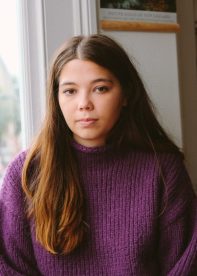 I don’t think the intriguing glimpses of an individual young woman in this first poem are much developed in later ones. The Mulan figure makes a couple of other appearances in the book and is reprised in the concluding poem, ‘Magnolia, jade orchid, she-wolf’. This consists of even shorter prose observations. In Chinese, ‘mulan’ means magnolia so the fragments here cover the plant family Magnoliaceae, the film again, the Chinese characters for mulan, Shanghai moments, school days back in New Zealand and Adeline Yen Mah’s Chinese Cinderella. It’s hard not to think you are reading much the same poem, using similar techniques, though this one ends more strongly: “My mouth a river in full bloom”. 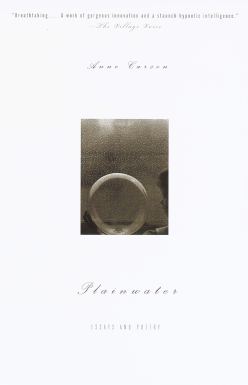 Unlike Carson’s use of fragmentary texts, Powles is less convincing and often gives the impression of casting around for links. This is intended to reflect a sense of rootlessness (cultural, racial, personal) but there is a willed quality to the composition. One of the things Powles does have to say (thinking again of Maxwell’s observation) is the doubting of what is dream and what is real. The prose piece, ‘Miyazaki bloom’, opens with this idea and the narrator’s sense of belonging “nowhere” is repeated. This is undoubtedly heartfelt – though students living in strange cities have often felt the same way. Powles also casts around for role models (beyond Mulan) and writes about the New Zealand poet, Robin Hyde and the great Chinese author Eileen Chang, both of whom resided in Shanghai for a time. ‘Falling City’ is a rather exhausting 32 section prose exploration of Chang’s residence, mixing academic observations, personal reminiscence and moments of fantasy to end (bathetically) with inspiration for Powles: “I sit down at one of the café tables and begin to write. It is the first day of spring”.

But there’s no doubting the range of reference in Magnolia 木蘭 is refreshing and bringing something new to UK poetry. Poems allude to writers like Hyde and Chang, filmmakers like Miyazaki, the actor Maggie Cheung, Princess Mononoke (a Japanese spirit figure) as well as images from her New Zealand home. Powles’ enthusiasm is also infectious when it comes to formal experimentation. There is little conventional ‘verse’ to be found here. Prose in various guises is frequent, lists and fragments predominate. There are instructional texts, quiz and QandA forms, text and footnote, quoting and re-purposing of other texts, two-column poems (read two ways) and (very frequently) a jotting or journalistic form. This latter gives rise to the best sequence in the collection, ‘Field Notes on a Downpour’. Its 8 short sections return to the question of what is real, expressing a fear of things/words slipping away: “There are so many things I am trying to hold together”. Powles’ time studying Mandarin is contributory here as each section explores the homophonic/polysemic nature of Chinese characters. The first character of her mother’s name, for example, also suggests rain, language, warm, lips and lines/veins. Such moments are fascinating and often poetically suggestive. Another character, ‘zong’, encompasses assemble, trace and the uneven flight of a bird; all aspects of Powles’ technique as a writer. The sequence ends with a sense of language having been lost, though the image of a dropped jar of honey perhaps suggests something holds, something remains: “The glass broke but the honey held its shards together, collapsing softly”.

Indeed, another of the pleasures of Powles’ poems is her vivid writing about food. She has said the book is a love poem to Shanghai and it certainly does justice to its culinary offerings. There are four options for ‘Breakfast in Shanghai’, egg noodles crisping in a wok, dumplings, white cabbage and pork and a whole dishful of pink-hearted pomelo fruit. She also has a heightened sense of colour (reflected in Nine Arches’ cover perhaps) and there are ekphrastic responses to Agnes Martin, Lisa Reihana and Werner’s ‘Nomenclature of Colours’ (1814).

Mark Rothko’s ‘Saffron’ (1957) makes an appearance in ‘Colour fragments’ and, after a vivid evocation of the original image, Powles’ response is too unremarkable in that she  imagines climbing into the painting, “and you are floating or drowning or both at the same time”. This is not original (or originally expressed) and has something of an undergraduate feel to it. That’s harsh – but what Powles has to say at the moment does not live up to the impressive technical and referential aspects of her writing. I don’t think listing ‘Some titles for my childhood memoir’ (none of them very striking, all dealt with in other poems) or ‘Faraway Love’, a re-purposing of Tate gallery notes on a piece by Agnes Martin, should have made the cut to this first book. The book Nine Arches Press presents here is quite a feast – unselfconsciously delighting in colour, taste and a strong sense of place – but it’s also too self-conscious about its nature as poetry and hence I’m left with the less pleasing taste of a poet in hiding or at least one often arrayed in other writers’ clothes.