Raymond Antrobus – The Perseverance (Penned in the Margins)

Raymond Antrobus’ The Perseverance has already received a great deal of coverage since being chosen as a Poetry Book Society Choice in September 2018. It is a collection that has achieved the difficult task of transcending the acclamation of the poetry world to a much more widespread appreciation, such as winning the Rathbone’s Folio Prize 2019 (awarded to “the best work of literature of the year, regardless of form”). In many ways it is a conventional book of poems – its voice is colloquial, it successfully employs a range of (now) traditional forms (dramatic monologues, prose poem, sestina, ghazal, pantoum), its forms, syntax and punctuation are nothing out of the ordinary (compared to the work of Danez Smith, for example, a comparison that Antrobus invites). Its subject matter is to a large extent dominated by a son’s relationship with his father, by questions of racial identity and (this is what is especially distinctive) the experience of a young Deaf man. Besides the latter, what really marks the book out as special is that impossible-to-teach, impossible-to-fake, not especially ultra-modern quality of compassion.

I think the portrait of the “complicated man”, Raymond Antrobus’ father, is remarkable. This is a warts and all portrayal as can be seen in the title poem, a sestina, in which the boy’s seemingly endless and repeated waiting for his father to come out of the pub called ‘The Perseverance’ is reflected in the repetitions of the poetic form. The neglect of the child (and of the mother of his child) is made perfectly clear; one of the repeating rhyme words is ‘disappear’. But another is ‘perseverance’ itself which sets up sweetly ironic resonances in relation to the experiences of both father and child. But a third rhyme word is ‘laughter’ which transmutes in significance as the poem develops. At first it is the distant din from the inside of the pub. It grows into a sort of paternal life-view: “There is no such thing as too much laughter”. In the end, after the loss of the father, it is what the son remembers, rather than the neglect: “I am still outside THE PERSEVERANCE, listening for the laughter”.

Antrobus’ epigraph to ‘The Perseverance’ quotes from ‘Where you gonna run’, a lyric by Peter Tosh: “Love is the man overstanding”. The latter word means a form of understanding that emerges after all untruths have been overcome. The poems scattered through this collection make it clear that a full overstanding of his “complicated” father took a while. The disciplining of his child often took the form of “a fist”. When Raymond knocked loose wires from his father’s sound system, the response was a beating. Yet, “every birthday he bought me / a dictionary”. His father could recite “Wordsworth and Coleridge”. He never called his son deaf, but rather “limited”, and he would read with him in the evenings (more of that later). But then he might regale his son with tales of his extensive sexual experiences, “three children with three different women”. In the end, as so often, the child ends nursing the infantilised father who is suffering from dementia. The father’s mind is filled with the past, his own growing up in Jamaica, his first kiss, his later, difficult life in England. ‘Dementia’ deploys a second person address to the condition itself:

you simplified a complicated man,

until your breath was

In the final poem in the book, Antrobus again uses a traditional form – a pantoum this time – to evoke some of the moments of closeness between father and son as they read together. In ‘Happy Birthday Moon’ the father’s attentive, gentle, encouraging side is memorialised as is the Deaf child’s desire to please his father:

Dad makes the Moon say something new every night

As Dad reads aloud, I follow his finger across the page. 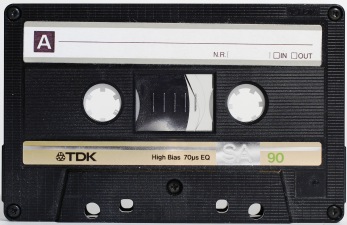 Much earlier in the book, Antrobus writes of clearing his father’s flat after his death. On an old cassette tape, stowed away for years, the poet now listens to a recording of his own two-year-old voice, repeating his surname: “Antrob, Antrob, Antrob”. The final syllable is missing because the child could not hear it. At the time of the recording, no-one in the family suspected there was an issue. Years later, Antrobus sits “listening to the space of deafness”. Other sections of this early sequence, ‘Echo’, document the Deaf child’s experiences of slow diagnosis (“since deafness / did not run in the family”) and the tests that finally revealed the truth. These are important poems for the hearing world to read; the lazy inaccuracies and limitations of our imaginations always need re-invigorating with the truth of lived experience. The first section of ‘Echo’ takes us straight into the experience of “ear amps”, of “misty hearing aid tubes”, of doorbells that do not ring but pulsate with light.

Antrobus’ subject is only partly the frustrations of Deafness (capital D refers to those who are born Deaf – hence a state of identity, a cultural difference – as opposed to small d which refers to those who become deaf, having acquired spoken language, whose relationship with deafness is more as disability, as medical condition). One poem uses the repeated refrain “What?” Another, with courageous humour, records every day mis-hearings such as muddling “do you want a pancake” with “you look melancholic”. But it is more often the capability of the d/Deaf that Antrobus wants to proclaim: whether the doorbell is heard or seen, “I am able to answer”.

Inevitably, there is anger to be expressed. We feel the heat of this especially in ‘Dear Hearing World’ which, as Antrobus’ note confirms, contains “riffs and remixes of lines” from ‘dear white america’, a poem by Danez Smith included in Don’t Call Us Dead (Chatto, 2017). Smith’s example – a prose poem full of frustrated anger and a desperate wishfulness for better race relations in the USA – seems to liberate Antrobus’ voice. He wishes – or rather demands – better treatment for the d/Deaf: “I want . . . I want . . . I call you out. . . I am sick of. . .” The hearing world is castigated for its mistreatment of the d/Deaf: “You taught me I was inferior to standard English expression – / I was a broken speaker, you were never a broken interpreter”. Antrobus also takes aim at some high profile figures for their attitudes to d/Deafness. I remember being asked (and refusing) to teach Ted Hughes’ poem ‘Deaf School’ (collected in Moortown (Faber, 1979)). Antrobus here reprints and redacts the whole poem, following it with an excoriating commentary on Hughes’ patronising and presumptuous comments. Elsewhere Charles Dickens and Alexander Graham Bell come in for criticism.

Of course, such blinkered prejudices about d/Deafness and race remain rife as ‘Miami Airport’, a fragmented account of an interrogation at the US border, makes clear. With Palestinian poet, Mahmoud Darwish, the British-Jamaican poet, Antrobus, would say, “I am from there, I am from here”. Born to an English mother, his father always tried to keep his Jamaican heritage alive. But even his appearance speaks two stories as in ‘Ode to my Hair’: “do you rise like wild wheat / or a dark field of frightened strings?” And the subtly shifting meanings of repetition in the ghazal form of ‘Jamaican British’ cleverly brings out the liminal spaces imposed on individuals who share Antrobus’ ancestry. 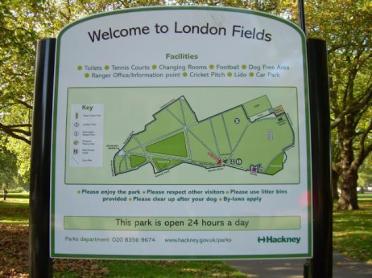 But despite the many issues raised in this book, it is not in the end to be praised for its campaigning zeal. In the wonderfully titled ‘After Being Called a Fucking Foreigner in London Fields’, Antrobus confesses, “I’m all heart, / no technique”. He’s talking about fist fights here, but it’s certainly not true of his poetry. There is plenty of technique and skill on show, but it is put to the service of the “heart”. Not in a sentimental way at all – these poems can tell brutal truths – but in the compassion, the love, that most of the poems exude. There are plenty of essays and definitions of identity around these days and there is rightfully plenty of blame-work, but Antrobus finds it in himself to forgive. Instead of punching his abuser in London Fields, he “write[s] until everything goes / quiet” and in ‘Closure’, addressing someone who knifed him years ago, he finds the strength to say, “There is no knife I want to open you with. Keep all your blood”. This is a first collection that barely puts a foot wrong and thoroughly deserves the praise that has already been heaped upon it.