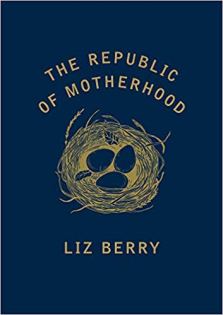 One of my very first reviews here – in August 2014 – was of Liz Berry’s Black Country. I was so impressed with the ways in which she exerted “pressure to counter the hegemonies of language, gender, locality, even of perception”. Most obviously she was doing this through the use of her own Black Country dialect, but I thought a more profound aspect of this was how “so many poems unfold[ed] as processes of self-transformation”; transgressive energies were being released through language, the erotic, myth-making and the surreal. The earlier book concluded with poems anticipating the birth of a child and – at the time – I felt these were less startlingly good, inclined to fall into ways of saying that the rest of the collection so triumphantly avoided. 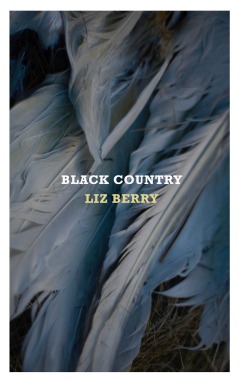 It’s interesting then – in The Republic of Motherhood (Chatto, 2018) – to read more of Berry’s poems written since then, since the birth of her two sons and after a period of relative creative silence (more of that later). I nominated six stand-out poems from Black Country that I felt would establish her reputation – and the title poem of this pamphlet must be added to that list. It’s the most political of the fifteen poems and is propelled by the tensions located between motherhood as social norm or expectation and the personal/social grain of that particular experience. The paradox of the opening lines is that entering into the republic of motherhood (shades of Seamus Heaney’s 1987 The Haw Lantern, with its ‘From the Republic of Conscience’), the mother also discovers a monarchy, a “queendom, a wild queendom”. Much of the poem lists the realities of early motherhood – the night feeds, the smelly clothes, the exhaustion, the clinics and queues – a great democracy of women taking up a particular role. But there are signs too of an external compulsion, a set of expectations to be lived up to. The mother is expected to play the queen too as she pushes her pram down “the wide boulevards of Motherhood / where poplars ben[d] their branches to stroke my brow”. The public role of motherhood comes with demands: “As required, I stood beneath the flag of Motherhood / and opened my mouth although I did not know the anthem”. As much as any new parent feels woefully inadequate and ignorant of the needs of their young child, the young mother is faced with additional social expectations about instinct, affection, abilities and fulfilment which are quite impossible to realise. And on this point, there remains a conspiracy of silence: “[I] wrote letters of complaint / to the department of Motherhood but received no response”. 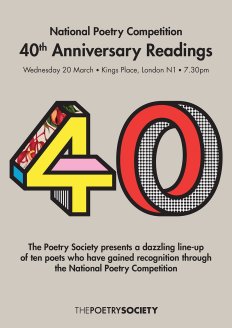 The mother in the poem also suffers postpartum depression and Berry seems here to allude to experiences of First World war soldiers, wounded, repaired and sent back out to fight again, without fundamental issues being addressed: “when I was well they gave me my pram again / so I could stare at the daffodils in the parks of Motherhood”. She ends up haunting cemeteries, both real and symbolic, and it is here she finds even more tragic victims of motherhood, of birth trauma and of psychosis. The final response of the poem is to pray – though it is a prayer that has scant sense of religion but combines empathy with other women with a great anger expressed in the phrase “the whole wild fucking queendom [of Motherhood]”. The paradoxically inextricable sorrow and beauty of motherhood becomes the subject of the rest of the pamphlet, but this poem ends with the mother echoing a baby’s “nightcry” and erasing her own self, “sunlight pixellating my face”. The poem’s rawness is unresolved. Having crossed the border into motherhood (that decision is never questioned here), the contradictory pulls of Motherhood (capital M) and the stresses of mothering (small m) have a devastating impact. In a recent poem called ‘The Suburbs’ – Berry’s contribution to the National Poetry Competition 40th Anniversary Anthology – she records the effect of mothering even more starkly: “my world miniaturised”. Listen to Liz Berry talk about and read this poem here.

After the tour de force of ‘The Republic of Motherhood’, the pamphlet takes a more chronological track. ‘Connemara’ seems to mark the moment of conception as a moment of self-abandonment (“I threw the skin to the wind, / sweet sack”) which, in the light of the preceding poem, takes on greater ironies of naivety: “Let them come, / I thought, / I am ready.” One of the joys of Berry’s work is her sense of the animal-physicality of the human body (revel in ‘Sow’ from Black Country) and ‘Horse Heart’ figures a ward of expectant mothers as a farmyard stable: “the sodden hay of broken waters, / each of us private and lowing in our stalls”. She captures the high anticipation and potentially brutal arrival of the all-demanding babies as a herd of horses; “the endless running / of the herd, fear of hoof / upon my chest”.  These two poems can be read here. 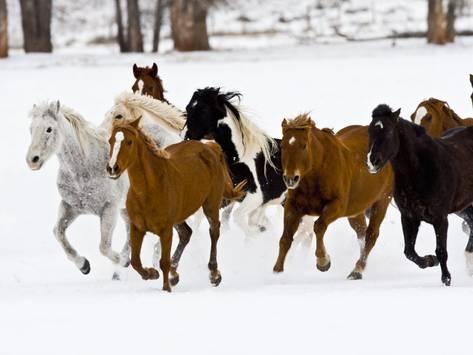 Birth itself, in ‘Transition’, is to be feared (“I wanted to crawl into that lake at Kejimakujik”) and gotten through in part by absenting oneself into the past in ‘The Visitation’. The latter is addressed to Eloise, a figure who appeared in a Black Country poem, ‘Christmas Eve’. Here, a schoolgirl memory of a loving encounter with Eloise takes the narrator away from the pains of contractions, “as my body clenched and unfurled”. ‘Sky Birth’ is the one poem that challenges the brilliance of ‘The Republic of Motherhood’. It takes the image of climbing a mountain to evoke the physical pain and endurance required (Berry welcomes all those traditional associations with spiritual climb and progress), yet the poem never loses its sense of the real situation. The breathlessness of the climb suddenly flips back to the mother howling “over the voice of the midwife, the beeping monitors”. It is the figurative climb as much as the literal pain of giving birth that makes her “retch with the heights” and in the final moments, the mountaineer is “knelt on all fours” as most likely was the mother-to-be. The height is reached in a moving conceit:

when it came it came fast, a shining crown

through the slap of the storm,

for a second we were alone on that highest place

I would have gladly left my body

on that lit ledge for birds to pick clean

for my heart was in yours now

and your small body would be the one to carry us.

That final plural personal pronoun reminds me of a comment made by Jonathan Edwards in reviewing this pamphlet. Edwards wonders briefly about the absence of the father figure. Is the ‘us’ here the mother and child? Or is this one of the few references in the pamphlet to both parents? 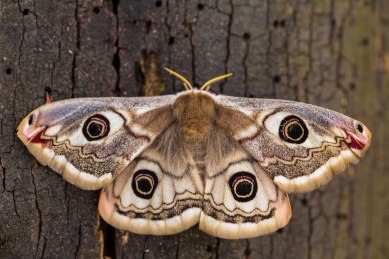 I hope this is not just a male reviewer’s concern. It may be an artistic or political decision on Berry’s part. Or a personal one. But given the thrust of much of the work – that mothering is an utterly taxing and even deranging experience – I’m troubled by the father figure’s absence, if only in that it risks representing the idea (the toxic flip-side to the expectations laid on the mother) that fathers need have little part to play. The father does appear in the final poem, ‘The Steps’, though the questioning tone and syntax casts doubt over what of the parents’ relationship will survive the experience of the child’s arrival: “Will we still touch each other’s faces / in the darkness”. I also wonder if the father figure is implied in the image of a boy riding his bike up Beacon Hill in ‘Bobowler’. This is a beautiful poem on the image of a moth (‘bobowler’ is the Black Country word for a moth). The moth is a messenger, coming to all “night birds”. The boy on the bike is one such, his heart “thundering / like a strange summer storm” which perhaps echoes those thundering hooves of the approaching young child. Perhaps there is some recognition here that the father’s world too will be turned upside down. And the message the bobowler brings may also relate to the parental relationship: “I am waiting. / The love that lit the darkness between us / has not been lost”. 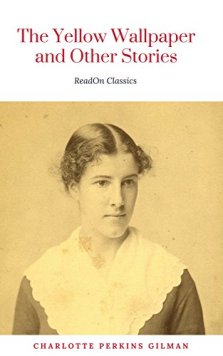 But such optimism is not a frequent note. Most of the remaining poems deal with the experience of depression in motherhood. ‘Early’ is almost as happy as it gets with mother and child now like “new sweethearts, / awake through the shining hours, close as spoons in the polishing cloth of dawn” (what a glorious image that is). But even here there are demands from the child that will need “forgiving” by the mother. One of these concerns her role as writer, particularly the difficulty of writing in the maelstrom of mothering: “every line I wanted to write for you / seems already written, read / and forgotten”. And this is why Berry chooses to co-opt lines from Charlotte Perkins Gillman’s terrifying story, The Yellow Wallpaper in ‘The Yellow Curtains’. Both texts can be read as studies of postpartum depression, but the despair has as much to do with the women as writers, confined, and – as in Gillman – the husband voices the demands and expectations of convention, of queendom: “He said [. . .] I must / take care of myself. For his sake.”

‘So Tenderly It Wounds Them’ is a more public account of the trials of young motherhood, of women who “are lonely/ though never alone”, women who find themselves “changed / beyond all knowing”, waking each morning only to feel “punched out by love”. The more recent poem ‘The Suburbs’ also contains the same paradox that motherhood is a state of “tenderness and fury”. ‘Marie’ seems to record a debt to a supportive female friend and it is only through the ministering (that seems the apt word) of “women in darkness, / women with babies” in ‘The Spiritualist Church’ that the young mother’s despair has any hope of being redeemed. Redeemed, not solved, of course: what the women argue is that “love can take this shape” and perhaps it Berry’s sense of art, or her personal experience, or a recognition of human resilience, or a final succumbing to a traditional narrative, that makes her place ‘Lullaby’ as the penultimate poem. It ends sweetly though the final poem sends us back to the start of it all – the dash to the hospital. So Berry book-ends this little gem of a collection with time shifts that argue motherhood’s simultaneous complexity of animal and human love as well as its pain and awful boredom and personal diminishment. 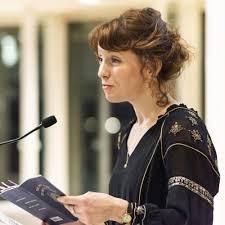