I love to follow the development of a poet’s work. This is often imaged as the finding of a voice but is really a process in which the poet brings into focus what centrally concerns them and sheds what is extraneous. A recognisable voice may be a secondary consequence of this but it is achieved through technical advances and deep thought about poetic predecessors and possible role models. Maitreyabandhu’s second collection, Yarn (Bloodaxe, 2015) is fascinating from this perspective. 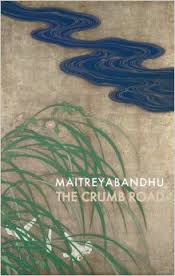 Born Ian Johnson in Warwickshire, Maitreyabandhu was ordained into the Triratna Buddhist Order in 1990. I once started a review of James Harpur’s  Angels and Harvesters (Anvil, 2012) by saying that I wanted contemporary poetry to address spiritual matters, so I was obviously excited to get hold of Maitreyabandhu’s first book, The Crumb Road, when it appeared in 2013. Given my rather narrow line of expectation, I suppose was a bit disappointed. But the book is full of vivid colloquial detail, many poems about childhood and a moving account of a homoerotic relationship between two young boys which ends with the death of one of them. The crumb road of the title is the Hansel and Gretel trail back to the past rather than a trail of stations towards spiritual enlightenment, though ‘Visitation’ is an awed encounter with something like that: “I saw you, in the mess of things, / [. . .] as a slant of grey”. The book was a PBS Recommendation, rightly praised for its melancholy modesty, quiet expression, its alert and attentive qualities, its models evidently Edward Thomas and Thomas Hardy. 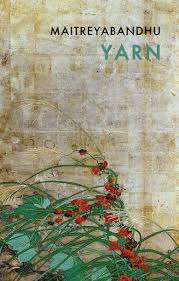 Yarn develops similar materials. Maitreyabandhu’s poetic technique is even more evident in the range of forms – free verse, rhyme, prose poem, blank verse – employed to great effect. The Warwickshire childhood features again in a section called ‘The yard’ with the father’s wine-making – damson, raison and berry – and his war service, the mother’s involvement in the coach driving business, school, various distant relations. The first book’s portrayal of young love cut tragically short is echoed here in an elegiac sequence to a Buddhist friend, Mahananda. This man’s longer life (his mother’s flight from the Gestapo, his conversion to Buddhism, living in Primrose Hill, his friendships) is touchingly evoked and it is a thoroughly grief-stricken sequence: “what can I conclude on your departure? / that nothing came of it, with everything, / everything undone” (‘Souls’).

There is a curious echo of this latter phrase in a poem about the Zen Buddhist monk/poet Ryokan for whom the temple bell and old books seem to say “how everything is burning”. Such a sense of the ultimate insignificance of earthly things arises elsewhere in this book and Maitreyabandhu explores such spiritual issues more explicitly here than in The Crumb Road. Though there is often a strong response and pleasure in the natural world, ‘These Days’ suggests “our human calculus precedes / the given world” to negative effect. There is a fearful recognition that what we contribute amounts to no more than “error bred in the bone, the daily rancour / of the mind, / our clever ways to be unkind”. But the erasure of those things that we cling too can be almost as frightening. Nietzsche’s ‘The Parable of the Madman’ (1882) is alluded to, a sponge wiping away the “entire horizon”, yet the consolation (as in the death of a valued friend) can be hard to access: “I strained to see Vajra Guru’s face”. Perhaps the character in ‘The Postulant’ has “closed his eyes on this world” more successfully:

When night fell, the space between two worlds

What he thought to be himself he didn’t know:

His pain was all that stopped the worlds unite.

But inevitably, what is ultimately not graspable in words is hard to write about and Maitreyabandhu’s often chosen model (the rhyming, song-like lyric voice) can lead to a mellifluousness that over-sweetens a poem, especially when trying to evoke more successful intuitions of “the Lotus Born” and the “illumined image” (‘The World of Senses’). 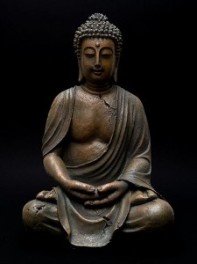 But Yarn contains three long yarns or stories in which the voice of the teller plays at least as much part as the narrative of events. This is what is new and particularly exciting in this book and reveals the influence of Robert Frost (not Edward Thomas who tried this early on with ‘Up in the Wind’ (1914) and then dropped it as not fit for his own purposes). Frost’s eclogues (especially in North of Boston (1914)) manage to convey a bleak, anti-pastoral, godless, modern world of death and often inexplicable suffering. One similarity is that ‘The Cattle Farmer’s Tale’ is spoken by a proprietorial, rather self-satisfied farmer (read Maitreyabandhu on the influence of Frost here). Like Frost, Maitreyabandhu immediately catches character and voice brilliantly. He encounters a mysterious figure: “his not pretending / to be meek or grateful to set me at my ease / and, funny thing, it stopped me in my tracks / so for a moment I stumbled on my words”. This is so like Frost’s ‘Death of the Hired Man’ – the enigmatic visitor, the farmer and his wife, the carefully sketched context, the skilful handling of dialogue in blank verse. Maitreyabandhu adds a few songs too but this is in no way a pastiche but a development of a neglected form for different purposes. The visitor is in fact Buddha and though he talks in cryptic terms, the farmer’s rootedness in the land, his evident pride in his worldly achievements, his bossiness followed by regret in dealing with his wife serve to make the Buddha’s pronouncements palatable in the poem’s world:

one leads to suffering, the other to joy.

The first is yoked to yearning like a calf,

So this really is the cattle farmer’s tale – his response to his encounter with a wholly different set of values (he and his wife are in fact deeply impressed by the visitor who stays for a month). The form of the poem allows the reader room to be sceptical in our modern fashion but also to be moved by the insights and wisdom (old fashioned word) being offered. 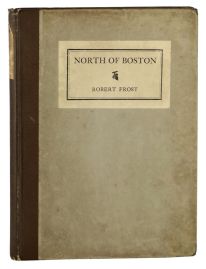 The second yarn, ‘The Travellers from Orissa’, is even more ambitious. Bhallika (the narrator) and Tapussa are again farmers, cattle men, who encounter Buddha in their younger days. Bhallika is again a sceptical voice (“I’m not a fool”) but is nevertheless impressed by the Master, who “spoke in a funny way with gaps / between the words as if he’d just been woken [. . .] his smile, / I shan’t forget, was like gazing at the sea”. But this is not an experience he can easily share with others and he resolves to “keep it to myself”. Tapussa’s response is quite different. The poem makes it clear Tapussa’s character inclines him to “yarns” and in the telling they grow “more fantastical each time”. His response to the meeting with Buddha is to cast himself as the rather attention-seeking disciple, who succeeds in becoming something of a cult figure: “his nodding head, how he held his finger up / each time he spoke to emphasise each word”.

But Tapussa dies, as does Bhallika’s wife and the widower lives on quietly, distantly aware of the Master’s growing fame and influence. At last he meets him again: “I said ‘Master’ before I knew I spoke”. Only now does Bhallika share the details of the original meeting with his son. In fact Tapussa had failed to understand, turning “the whole thing upside-down” to make it all “about himself”. What is moving in this yarn is the fact that Bhallika evidently understood the Buddha’s message (“There is a thorn buried / in the heart of man”) but with his commitment to wife and family and land he “walked back into [his] own life and tried to take it up”. Even years later, he understands “I’d betrayed my life” on that day and with that decision.

Such false and true followers feature in the third yarn too though the human situation is even more finely drawn and prevents any simplistic response to the questions it raises. In a still sketchy but more Westernised context (Sunday morning church) it is ‘Aaron’s Brother’ who narrates. Like Tapussa, it is Aaron who is the more overtly spiritual figure, famously suffering visitations and visions. But there is again a self-regarding quality in the way he readies himself for church before the mirror, “combing his hair”. The story is told to an unnamed guest – there’s much of Coleridge’s Ancient Mariner here – who is eager to speak to Aaron and not much interested in his brother. But the brother is in fact adopted and has further secrets to disclose of a homoerotic love between himself and Aaron and (he implies) this partly fuels Aaron’s interest in his young male acolytes.

The treatment of these ingredients of a far grander and dramatic tale than Maitreyabandhu wants to develop suggests a powerfully imaginative act by the poet, the kind of thing Keats admired in Shakespeare. In this third yarn in particular, there is no irritable reaching after facts and clarity; it is a poem which explores the perhaps irresolvable tensions  between the spiritual and the sensual life, the spiritual and materialism and fame, the spiritual and our mundane earthly loves and commitments. I’m interested that Maitreyabandhu has not yet attempted such renovations of the Frostian form in a more overtly contemporary setting. His skills with form and his brilliant capture of colloquial speech, his obviously profound engagement with Buddhist thought and his commitment to poetry as a form of expression make him a unique figure in the UK literary landscape and I really look forward to discovering the direction and innovations of his next collection.