Raymond Antrobus – The Perseverance (Penned in the Margins) – reviewed here.

This year’s Forward First Collection shortlist is astonishingly good but, for its cleverness, its ambition and coherence, its technical mastery and above all for its vulnerability in dealing with the eternal themes of childhood, love and loss, death, time and memory, I hope Stephen Sexton’s book wins the award in October. It’s a curious read in some ways – superficially fast and easy, its technical brilliance well hidden, its narrative quite buried though not really hard to trace, its emotional heft at times blunt and utterly naked, at others complex and many-layered.

Halfway through the book, in ‘Forest of Illusion 2’, Sexton recalls fishing for rainbow trout with some success. The bait is taken and “with a flick / of the wrist [he] hoisted the fish from one world and into the next”. It’s this kind of transition that is the subject of the whole book though the direction of travel is clearer in the recurrent images of young Icarus. The boy who thought he could fly near the sun (filtered through Breughel and then through Auden) is aptly evoked in this poetic bildungsroman of a boy struggling with the traumatic transition from innocence to experience.

The book’s title is the opening line of Sir Walter Ralegh’s ‘The Nymph’s Reply to the Shepherd’ in which the Nymph rejects her suitor’s optimistically seductive blandishments:

Thy gowns, thy shoes, thy beds of Roses,

Thy cap, thy kirtle, and thy posies

In folly ripe, in reason rotten.

But Sexton’s particular withering is not one of romantic love but the loss of a mother to cancer and by the end of the book, the wriggle room implied by Ralegh’s opening word, ‘If’, is significantly altered to the much more brutal ‘when’. This is no hypothetical idyll but an actual, remembered one and the loss of it is unavoidable. The post-conclusion, coda-poem, ‘Yoshi’s House’, turns upon the reader with a compassionate yet clear warning: “some day dear friend [you will find] my sad head upon on your shoulders” (sic).

Sexton has written a genuine, contemporary long poem (not a long assemblage of lyrics). His lines are 16 syllables in length throughout, yielding a prosy, chatty, fluid sort of voice which avoids the risk of drag by keeping the reader on our toes by a relative absence of punctuation and a penchant for eliding two thoughts or images together in one single line. This generates occasional moments of misreading, but it is also the technical reflection of Sexton’s focus on the translation of innocence into the darkening of experience. The heard voice is quick, erudite and briskly allusive; despite being mostly in the present tense, it is not wholly the naïve voice of the child. The other aspect of the whole poem this fluid transitioning relates to is the exploration of the child’s obsession with the fantasy world of his computer games and the way he must slide from one world (on a screen) to the one we call ‘real’.

The computer games are specifically the Nintendo games of the 1990s which give the sections their odd names – Yoshi’s Island, Donut Plains, Vanilla Dome, Valley of Bowser – and account for individual poems’ titles, some of which I have already referred to. The games may be out of date but Sexton’s evident knowledge of them (love of them) means part of the originality of this book is they are fully integrated into the composition of the poems and raise questions about how absorbing such fantasy worlds can be and how the facts of reality are to be negotiated and reconciled successfully (perhaps, particularly by boys who seem so drawn to the former and so easily in denial about the latter).

Sexton’s own story is given in a Note and the poem called ‘Yoshi’s Island 1’. In the summer of 1998, his mother took a photograph of him, back to the camera, squatting before a TV, the family garden just glimpsed out of a window to the left. Here already, the screen world and the outside world through the window are juxtaposed. The boy is keener on the former:

carnivorous plants and no sun gold by the cherish underground

The vivid, colourful, playful and safe fantasy worlds of Nintendo – its caricatures, its rules – is one of escape:

On Kappa Mountain past the great lake circumscribed with goldenrod

the abandoned palace is full of treasure glowing underground

in granaries and arsenals and economy of losses

and gains the beloved is gone but there is always the story.

The man looking back at his younger self passes judgement: “one of the worlds I live in is as shallow as a pane of glass”. But this shallowness is immediately challenged when the child is told of his mother’s illness, of “cells which split and glitch”. The following poem has thoughts of his (real) father interrupting (if only for one line) in his screen time:

. . . for the first time in some time I thought of our father at home

‘#1 Iggy’s Castle’ suggests the same thing: in the midst of oceans of lava, fantastical islands and cartoonish incinerations, the boy hears his mother moving about the house, a woman in real pain, “whose feet whose toes / whose hands whose fingers whose ankles whose head she says are on fire”.

Within 20 pages or so, a poem appears which resides wholly in the ‘real’ world of a family visit to the Ulster Hospital and a visit to McDonald’s since his mother “has lost her sense of taste”. The narrative suggests there follows a period of respite. The doctors – in the boy’s mind they come and go as wizard-like Merlins “in blue scrubs” – remove the cancer. Though back at home his mother remains weak and unsteady so the boy concocts a “mess in a tray” for the school bake sale. In awkward self-defence, he acknowledges, “No one is going to like this [. . .] but I have done my best”. His observation obviously has a far wider application in the circumstances, and one of Sexton’s great achievements in the poem – in amongst the allusiveness and technical skill – is to be as open and vulnerable as this. In ‘#5 Roy’s Castle’ he recalls his mother working “her old-fashioned Singer”. Roy Orbison is on the radio. She is making curtains for the room “she’ll in future return to” when she has become ill. The way time collapses in on itself in such a Wordsworthian ‘spot of time’, the way in which “Time present and time past / Are both perhaps present in time future”, is expressed with devastating simplicity: “the sewing machine ticks so fast these small years go by in minutes”. 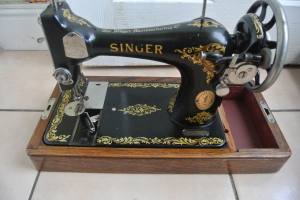 But the cancer has returned. ‘Choco-Ghost House’ is unique in that we hear Sexton’s mother’s voice, nervously complaining of a “pain in my side like a bird in a holly tree”. Her son, still half inhabiting his fantasy world of wizards and exotic settings, is perhaps now starting to use that experience to get a handle on what is really happening. The doctor – now a “Hippocrates” figure – is described as going about “the magic task / of grinding down a rhino’s horn to infuse with ground down rubies”. Even these sorts of quasi-defensive imaginings are eventually dropped and the bald reportage of a last hospital bedside conversation between mother and child is almost too painful to read. The long syllabic lines here have room for the hesitations and repetitions of such emotionally-charged moments without any ironic distancing:

It’s me I’m here is what I say but I am not since she is not.

and I say you can’t go home now she says I know not now after. 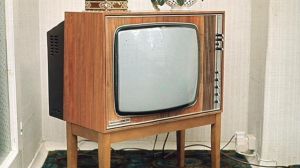 The sequence ends with the longest poem in the book – still barely the length of a page – which recounts the mother’s return home in her coffin. Even here the young boy blurs the arrival of the “wood panelled box” with the arrival of the “sharp-cornered TV” before which he has so often squatted to play his Nintendo games. Penguin’s blurb talks of the poem ultimately suggesting “the necessity of the unreal” but actually we see the child fighting his way free of it. Halfway through this final poem, the revelation comes in a fluid, unpunctuated instant: “I felt my head turn into stone no it wasn’t the old TV”. It’s in this poem that Sexton alludes to the title of his book. Hedged around with the necessary qualifications imposed by the passage of years, by the unreliability of human memory, the cloaking device of powerful emotion, he recalls a childhood safe and secure in the light of his mother’s presence, the flashlight of her camera behind him, before him the vibrant, simple colours of Nintendo:

[. . .] her voice moves around the edge of the world and now I think I

once in the corner of the room once I was sitting in its light.