This is the fourth in the series of reviews I am posting of the 5 collections chosen for the 2016 Forward Prizes Felix Dennis award for best First Collection. The £5000 prize will be decided on 20th September. Click here for all 5 of my reviews of the 2015 shortlisted books (eventual winner Mona Arshi). 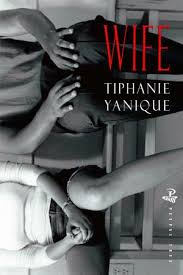 Thanks to Peepal Tree Press for providing a copy of Tiphanie Yanique’s book for review purposes.

Early in Tiphanie Yanique’s book there is a moment (which happily turns out to be misleading) when, in a series of prose passages, she gives the impression that precise, once-and-for-all definition is what she seeks. Imitating something of the tone and style of a dictionary, she explores the meaning of ‘wife’, ‘wifey’, ‘get wife’ and ‘to wife’. Yet even here, Yannique’s point is that the simple word ‘wife’ has a plurality of meanings from married woman, to woman plain and simple, to types of relationships between men and women, to “a direct translation of ‘sex’”, to a verb suggestive of securing a heterosexual relationship, preferably with a rope “made of gold [with] a diamond at the knot”. Early on, Wife flashes up its warning signs not to trust any simple reading of language, much of which has its roots in historical, patriarchal attitudes, nor to go looking for a single coherent lyric voice in this collection. 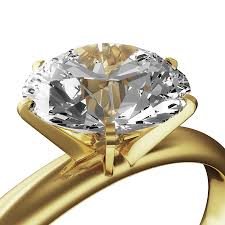 Proving to be a clever ironising of the book’s epigraph from Coventry Patmore’s The Angel in the House (“She casts her best, she flings herself”), the book turns out to be a babel of different voices, casting perspectives across the territory of heterosexual relationships from dating to divorce, via sex, marriage, marriage counselling, children (a bit), broken families and glimpses of modern forms of marital happiness. There is something rather systematic about the way Yanique ensures the ground is thoroughly covered, the variety of angles, which reminds me of those analytical Cubist paintings that so invite close-up observation that it’s easy to neglect the wider view. From the Acknowledgements page, some of these poems appear to be 10 years old, so the collection is the fruit of much writing and accumulation of materials: the overall impression is of Yanique’s impressive range of experience and imaginative projection, her reluctance to side once-and-for-all, as suggested by those poems which wrestle with such dichotomies as intimacy versus individuation (‘Feminist Methodology: a found poem’) and instinct versus contrivance (‘The Falling Out’). 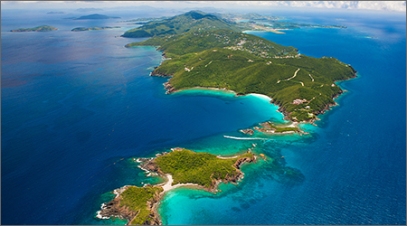 But Yanique – who was born in the Virgin Islands and now teaches on an MFA programme in New York City – is coming firmly and deliberately from a post-colonial and feminist place as can be seen in the book’s opening poem, ‘Dangerous Things’. The narrative voice slides from what seems a neutral tone (“This is the island”) to a more confident self-awareness in the course of 21 short lines (“And so I am the island”). The woman is at first a “small and vulnerable” geographical feature to be inhabited/colonised by the “you” addressed in the poem: “the space / that you take up / is a space where she cannot exist”. The colonising power, who is also the husband, is given due warning. In being an island, “dangerous things” live within the woman, as well as “beautiful things” which are said to be “most dangerous”. History is alluded to twice in the course of the poem (what makes the writing so good is that its huge freight of ideology does not unbalance it). Colonial as well as gender history is implied here and though “we will never be / beyond our histories”, the warning stands: the self-awareness of the island is awakened and whatever power or person positions itself in relation to her, her own selfhood and identity needs to be duly considered.

In a later, whirling, chant of a poem, another more assertive female voice declares “I am both body and nation” (‘Last Yanique Nation’). In contrast, ‘I try’ is a delicate lyric sequence in which a haunted-sounding female narrator believes she sees a bride’s veil in a tree like the bodies swaying like ‘Strange Fruit’ in Abel Meeropol’s 1936 poem/lyric. Such marital victimhood is more obviously self-willed in ‘To Fall or Fly’ where the woman declares “I don’t want to survive. I want to die of my Diego”. This contrasts ‘A note to the couple’s therapist’ where the woman self-diagnoses her problem with the relationship: “It’s just this body” she declares. Yanique is very good at the urgencies of the body in relationships and here she develops a water metaphor. The woman does not want to be left to rust; she’s too young to “flake away”. But when touched, she feels she is no more than “a pail of water” beneath the man’s advances. She has ambitions beyond her current relationship: “if I am water then I plan to be the ocean. / I’ll leave salt behind”. 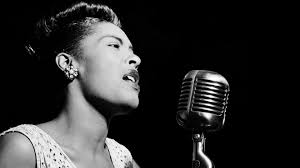 More often the addressee, there are very few male voices in Wife. One speaks with great reasonableness only to dismiss any notion of marriage as a partnership because “we are one body, mind and all”. It’s not long before such high-sounding notions crash into the assertion that “husband means the one who cares”. Such self-regard is not only spoken from the mountain-top but, he declares, “we are the mountain”. ‘African Animal’ is a more interesting poem which analyses aspects of masculinity through a voice taken from a TV nature documentary. We are told the son is eventually driven out by the community, being dangerous, likely to “turn bull” and attack the young. Yanique balances the voice delicately between observations about natural history and more human details. The poem arrives, chillingly and seemingly logically, at a place where violence against all-comers seems the only result:

In battle there is recognition among the bulls.

Is this his son, now grown and come to challenge him?

Is this his brother?

But perhaps surprisingly it is the traditional institution of marriage that Wife really wants to explore. “There is always blood at a wedding” starts one poem expressing a familiar, feminist scepticism about the institution. Not only blood, but bones too, the world filled by “phantoms of all us amputees”. A zuihitsu is a genre of Japanese literature consisting of loosely connected personal, ideas and Yanique writes a ‘Zuihitsu for the day I cheat on my husband, to my fiance’. As this title suggests, the fluid, random quality of the (prose) form allows her to begin to question the traditional categories of the marriage arrangement. There is much switching of verb tenses, into future and past, which undermines the rigid categories of terms such as fiancé, husband, lover, adultery, monogamy and marriage. 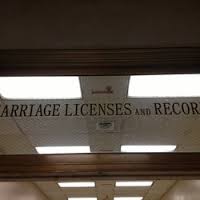 Something similar happens in ‘The Story of our Elopement’ which adopts the free-wheeling style of a fairy tale with kings, kingdoms and princesses but remains grounded in the reality of a Brooklyn marriage bureau. The couple wait “among couples coming together for reasons / not always concerning love”. This is a point made throughout Wife: the sheer variety of human relationships which can be found in the baggy tent of marriage. This particular couple consider themselves different to “the others at the bureau” and it is a sense of freedom gained within marriage that marks them out:

to make our own kingdom.

could be true if we communicated it:

I said, I am a princess

I said, you are charming

I said, I will witness

The penultimate poem is a ‘Traditional Virgin Islands Wedding Verse’, a form focused on the idea of ‘belonging’ to father, town, land, church, tribe. Yet it’s a story of “self-creation”, the climax of which is marriage in which the partners “belong / to each other”. As in the elopement poem, Yanique’s proviso is, of course, that the marriage is “by your own choice” though her collection has been raising questions all along about the nature of choice. Even this traditional verse emphasises the power of each individual’s history. It would be too cynical to suggest that only the well educated, reasonably wealthy can experience such freedom of choice, but the emphasis on “self-creation” does reinforce an uneasiness I have about the book’s willed and systematic qualities. I am struck by how few of the poems involve children. Two poems suggest the loneliness and grief that result from broken families, another records the abandonment of unwanted babies. ‘Things that baby put into his mouth’ suggests, in its movement from the realistic to the hyperbolic, that the child devours almost everything, a sensation familiar enough to all parents who are perhaps not always prepared for the need to lay “self-creation” aside in the face of such demanding, dependent vulnerability. 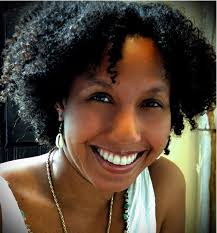