J—–, my 17 year old daughter was travelling on the London Tube between social engagements a week or so ago. She and her friends were all a bit girly giggly – by her own admission after pre-drinking at somebody’s house – and her mobile phone got left on the train. Her unsuspecting parents – probably on the sofa that Saturday night, catching up on Wolf Hall or something similar via the i-Player – get a phone call (from a friend’s mobile) with the bad news. Oh bloody hell, full-on disapproval voice, we’ll have to cancel the contract before calls are made to Mars or Outer Mongolia, but let’s just try ringing J—-‘s number on the off chance it’s been picked up by an angel. 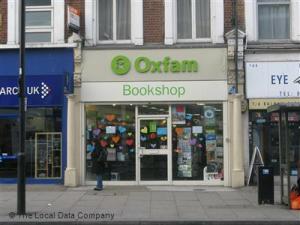 After a few hopeless attempts, someone answers sounding less angelic, more Eastern European. And yes, the phone is in their hands, and yes we are welcome to come and pick it up, maybe tomorrow, in some side street near Balham Tube, way across London of course. By dint of masculinity and eminence of age, it’s me who sets off next day for south London. The phone bit of the story goes rather cold here I’m afraid (uneventful, after wandering a few streets, knocking on a door, a young couple, full of the smiles of the unthinkingly virtuous, hand over the phone and I press a box of grateful chocolates into their reluctant grasp).

But Balham High Street has an Oxfam Bookshop – the kind I can never resist – and hidden away on the poetry shelves (between Everyman’s Robert Herrick, old copies of Poetry Review and a suspiciously large selection of First World War poetry) I pick out a hardback, signed first edition of Rita Dove’s 1999 collection, On the Bus With Rosa Parks, published in the US by Norton. Just reward for the unnecessarily put-upon, I think to myself. 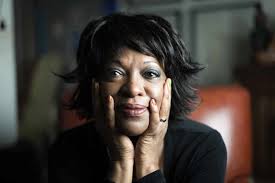 ‘Maple Valley Branch Library, 1967’ is one of the best poems in Dove’s book and as I rocked northwards on the Victoria line I drifted back to late 1960s, early 1970s, to my own beloved local library in Trowbridge, Wiltshire. In those days it was in a grand building not far from the central bus station (though opposite Jimmy Ladd’s hardware store) and we paid weekly visits there. My tastes were un-literary, nothing out of the ordinary, books on fishing and rugby, Tolkein, John Wyndham. I remember one occasion I went there searching for addresses of poetry magazines but this must have been a few years later when I’d begun to scribble verse. I probably sent some ill-tutored nonsense to The Times Literary Supplement and of course heard nothing back.

Later still, a TV programme on Vincent Van Gogh sent me off to borrow a book on the artist who I felt sure I resembled, my certainty expressed through vigorous claims to admire him as a painter, poet, thinker and man. Looking back, it was a rather escapist Van Gogh whose observations I copied into a diary: “We are entitled to entertain a certain hope that there may be other and better conditions for painting than here on earth – conditions that can be attained through a change that need not be more surprising than the metamorphosis of a chrysalis into a butterfly. [This] sphere of activity . . . might conceivably be one of the many stars which after death are probably no more difficult to reach than the small black dots on a map which in our earthly existence mark towns and villages. . .  It seems to me that it is far from impossible that diseases . . . are in fact heavenly means of transport . . . In that case, to die quietly of old age is to go on foot”. What I loved about this was the other-worldliness, the sense of the creative artist, the presence of death not as the end of things but as a transition to a better place. Misunderstood or not, my mind was moving beyond the limits of my home town, its confining little black dot, the piddling River Biss, Bowyers pork sausages and bloody Watneys Red Barrel. Love your local library! Click here for information about the local libraries campaign: http://www.librarycampaign.com/

For a fifteen-year-old there was plenty

to do: Browse the magazines,

slip into the Adult Section to see

what vast tristesse was born of rush-hour traffic,

décolletés, and the plague of too much money.

There was so much to discover—how to

lay out a road, the language of flowers,

and the place of women in the tribe of Moost.

There were equations elegant as a French twist,

of a pineapple Jell-O mould—or take

the path of Harold’s purple crayon through

the bedroom window and onto a lavender

spill of stars. Oh, I could walk any aisle

and smell wisdom, put a hand out to touch

the rough curve of bound leather,

the harsh parchment of dreams.

As for the improbable librarian

with her salt and paprika upsweep,

her British accent and sweater clip

I’d go up to her desk and ask for help

the play of light in Dutch Renaissance painting;

I would claim to be researching

but all I wanted to know was:

Tell me what you’ve read that keeps

that half smile afloat

above the collar of your impeccable blouse .

So I read Gone with the Wind because

it was big, and haiku because they were small.

I studied history for its rhapsody of dates,

lingered over Cubist art for the way

it showed all sides of a guitar at once.

All the time in the world was there, and sometimes

all the world on a single page.

As much as I could hold

on my plastic card’s imprint I took,

the stuff we humans are made of:

words and sighs and silence,

ink and whips, Brahma and cosine,

I carried it home, past five blocks of aluminium siding

and the old garage where, on its boarded-up doors,

I CAN EAT AN ELEPHANT

IF I TAKE SMALL BITES.

Yes, I said, to no one in particular: That’s

what I’m gonna do!

To give some impression of concluding my original narrative: as you can imagine, J—– was suitably grateful at getting her mobile back, dashing off to text friends that she was back on line and thankfully in touch with the world again. I remember we always tried hard while she and her brother were younger, taking them to Hornsey library most weeks and happily (with or without our help) they both acquired habits of reading. Even so, the local library is not really on their radar any more. It’s obvious why.

A little experiment to conclude:

Why would you trek to the library, however close by, when you can worship at the God Google’s shrine? Yes – I use Google every day and bless it (it tells me an unsigned copy of Dove’s book might be worth 30 US dollars!). But at the same time we are well aware that such a sublime volume of information, arranged in ways not within our own control and perhaps not even within our understanding, has its drawbacks. Here’s Eddie Izzard on google, wikipedia, i-Tunes, up-dates, terms and conditions and how we blindly play along: