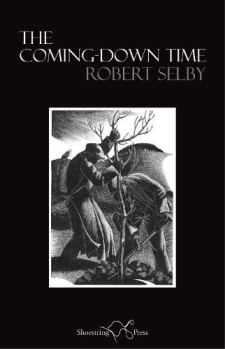 Robert Selby’s debut collection is fronted by a wood cut engraving by Clare Leighton, titled ‘Planting Trees’. Two flat-capped workmen labour to bed in a sapling. A wind-bent tree stands nearby; on the gusty skyline, at the top of a hill, a dark copse. It’s like something out of a Thomas Hardy poem, or an Edward Thomas one, and it’s well-chosen as these are the forebears The Coming-Down Time often explicitly acknowledges. Launched into a poetry world dominated by so many books addressing environmental, gender, race and identity issues, this collection (depending on your viewpoint) is either timeless or behind the times. Selby’s careful organisation of the poems makes it clear he knows what he’s doing and he will do it his way.

His main subjects are historical time, England and romantic love. The first of three sections, ‘East of Ipswich’, is a tribute to his grandparents, George and Lea Gissing. George “came from a long line of men who worked / now-extinct equine trades”. These are true ‘salt of the earth’ Englishmen. Enquiries as to who they were (questions of identity, we might now say) are answered with confidence, if not belligerence: “We’re Orford men, and that’s enough”. But time passes even on the edges of Suffolk. The concluding lines of ‘The End of the Horse Age’ catch a glimpse of encroaching change in the shape of a tractor:

. . . he sees an unblinkered beast

from its side-lamps shining off makers’ plates

cast from melted down horse brasses.

If this is sounding like a man’s world, well, it was and Selby rolls with that. In marriage, Lea sheds her given, christian name for Doll and her maiden name also, “was gone”. There is no obvious meta-comment; Selby’s poem is more intent on celebrating the marriage of his grandparents than exploring Lea’s thoughts on these matters of gender and nomenclature. Perhaps they were not questioned at the time, but I’m uneasy at the silence surrounding such moments, given the poem is a contemporary one. Selby has perhaps inherited the “Suffolk reserve” of his grandfather, for whom “words are weeds that don’t fall to the hoe”. The wish not to (over-)dramatize seems very strong; the end of the Second World War is marked by the grandfather in terms of the cigarettes, chocolate and tea cakes at the NAAFI more than its global import.

Indeed, like Edward Thomas’ work, these are poems about small things. The evocation of the (seldom used) front room at his grandparents’ house is vivid and (for those of us of a certain vintage) very familiar. The sequence takes us to the funerals of the older generation via the understanding that their children (Selby’s father specifically) have already moved away from traditional lives. The father is “one of the suited men / who’ll step off the evening train”. The tone is mostly one of gentle regret at the passing of a way of life (part of which was a closeness to the environment). “How easily people forget things”, opens ‘The Winter Wood’. That same poem ends as a sort of “testament to the losing habit”. The sycamore at Brig o’Turk, in the Trossachs, which has grown around a bicycle once leant against it, is a good image for Selby’s concerns: the past remains but is inevitably absorbed and changed. 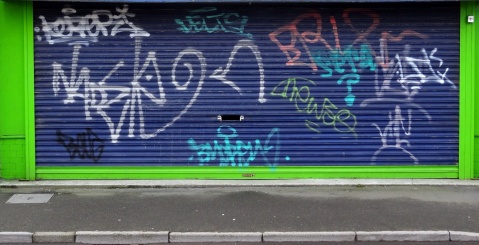 Selby’s use of language and form is likewise pretty traditional. It’s not just a result of the subject matter that the book is frequented by words such as smithy, shire, lambkin, deer-stalker, and lush-toned phrases such as “blossom-moted”. The flip side of this is that details of 2020 UK are often treated with a distaste, an alienated distance. Later in the book, a friend returns from the dust and pollen of the English countryside into London: “its tagged shutters and sick-flecked stops, / its scaffolding like the lies / propping up your peeling hopes”. The friend is female and (I think) Canadian. Another poem’s narrator tries to persuade her that “[t]his is the real England [. . .] It’s a place of trees; of apple, pear, cherry and plum”. There is more to be said here about the meaning of ‘real’ and it’s hard to tell if the narrator’s invitation is meant to have a deathly ring to it. He asks, “Do you want to reset your watch to the toll of here?” 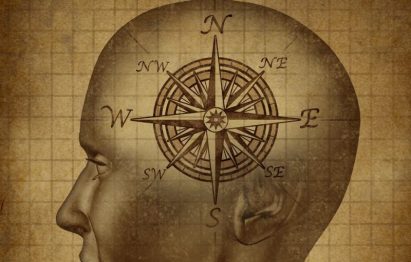 The import of this question forms the emotional and dramatic context of the later poems in the collection which trace an on/off relationship. The narrator is left wondering: “I must wait for the needle / of your heart’s compass to unspin, / and see where it stops”. In reading that I’m reminded of Lea and – what seemed to be – her relative lack of choice in the earlier years of the twentieth century. There is a good deal of unalloyed nostalgia in The Coming-Down Time for an England of the mind, if it was ever part of any actual century. I find the female figures in the book suffer because of this: most of them do not achieve a specific, particular life in the poems. I’d like Selby to go on to explore the irony in two images: the masculine arms in “rolled up sleeves” that may or may not be “strong enough” and the closing lines just quoted, in which the desired woman bides her time, knowingly possessed of strength, of the agency of decision.