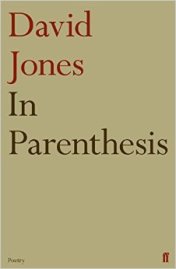 As I have indicated in my recent blog on David Jones’ In Parenthesis, I have not been reading much else for a while (the holiday period and family call outs depending). Suffice to say it’s an astonishing book and why did no-one urge me to read it sooner?

I have also blogged recently about translating the poems of Peter Huchel and made the discovery of Ian Hilton’s brilliant book Plough a Lonely Furrow (Lochee Publications, 1986) which looks at Huchel’s work in a wonderfully lucid and illuminating way. Hoping to correspond with him, I was sorry to find that Hilton, who taught German at Bangor University, died in February 2016.

Mario Petrucci’s new translation of Montale’s Xenia (Arc, 2016) gives us another opportunity to enjoy this extraordinary tribute to Montale’s wife which was so personal at the same time as it pushed the boundaries of what was possible in early 20th century poetry. Ian Brinton has reviewed the book here.

Hilary Davies’ new book from Enitharmon is called Exile and Kingdom and contains more though-provoking red meat in it than most collections published in this last year. I blogged a single poem from it recently and hope to write a review of it soon.

I’ve also been intending to write at more length about Fiona Sampson’s last collection, The Catch (Chatto, 2016). I share her enthusiasm for the work of WS Merwin and it’s clear that her approach to versification and punctuation show his influence, though in this book the results are uneven.

I bought Chris Daniels’ translation of the Collected Poems of Alberto Caeiro (ie. one of Fernando Pessoa’s heteronyms) at September’s Poetry Book Fair. It’s published by Shearsman and I find Caeiro’s faux-pastoral (“I’ve never kept flocks, / But it’s like I’ve kept them”) endlessly stimulating and delightful. I like Daniels’ take on the original though he himself bows to the “peerless” translations of Richard Zenith.

I wrote a blurb for Claire Dyer’s new Two Rivers Press collection, Interference Effects, which I have been re-reading: it’s a book that takes our world of childhood, adulthood, love’s end and its renewal and turns it a click or two off kilter. Everything is thrillingly both “itself and something other”. Dyer tells us the Chinese character for ‘poem’ is ‘word – temple’; her poems are themselves little temples we enter dusty and over-familiar yet exit more alert to the world around us and our inner weathers.

I found myself re-reading Wendy Cope’s Making Cocoa for Kingsley Amis and admiring her way with formal challenges like triolet, ballades, rondeaux, sonnets and (my favourite hate object) the villanelle. Clever, funny – the parodies preserved in 1980s aspic – really rather empty.

I found Lucas Myers’ memoir of Ted Hughes and Sylvia Plath, An Essential Self, in my local Crouch End Oxfam shop. The story we know all too well but it’s interesting to get Myers’ particular take on it, perhaps inevitably more sympathetic to Ted than Sylvia.

I’ve been re-reading William Carlos Williams’ poems written in response to the work of Breughel. These are classic ekphrastic poems and the way Williams responds to the images is what I’ve been thinking over because I will be running a writing workshop in the Holburne Museum in Bath early next year. The current exhibition will be of paintings from various Breughel family members and their followers which will provide us with much stimulation. 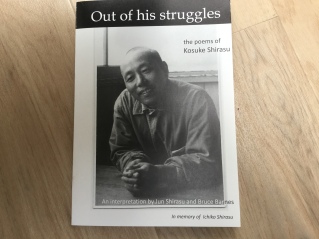 As I have written in a recent blog, Kosuke Shirasu was a member of the proletarian writers’ movement in Japan during the 1920 and 1930s. His work is direct and plain-languaged, a bit reminiscent of Brecht at times. The stand out poem is ‘Three Sisters’, written in 1928 about child labour and exploitation, having been “sold as book binding workers”.

WS Merwin’s new Bloodaxe collection, Garden Time, may contain his last words on the matters of time, memory, presence in and to the natural world: “Would I love it this way if it could last” asks the opening line of the opening poem. Shivers down the spine for me and I don’t think I’m alone in this. A worthy PBS Recommendation. 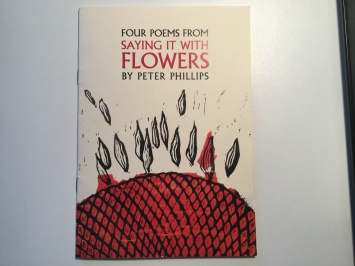 Peter Phillips’ slim chapbook from Hearing Eye Press is selected from a larger work called Saying It With Flowers and knowing Phillips’ wit and sense of humour which belies the underlying seriousness of his concerns the title pays off. Just 4 poems here – Snowdrops, Ukraine Sunflower, Knotweed and Tulips, the latter’s black flower head transformed into a “black patch” of boots and iron crosses. Illustrations by Emily Johns.