The gateway to Richard Scott’s carefully structured first book is one of the most conventional poems in it. It’s a carefully punctuated, unrhymed sonnet. It is carefully placed (Public Library) and dated (1998). It’s the kind of poem and confinement Scott has fought to escape from and perhaps records the moment when that escape began: “In the library [. . .] there is not one gay poem, / not even Cavafy eyeing his grappa-sozzled lads”. The young Scott (I’ll come back to the biographical/authenticity question in a moment) takes an old copy of the Golden Treasury of Verse and writes COCK in the margin, then further obscene scrawls and doodles including, ironically a “biro-boy [who] rubs his hard-on against the body of a // sonnet”. Yet his literary vandalism leads to a new way of reading as – echoing the ideas of Eve Kosofsky Sedgwick – the narrator suddenly sees the “queer subtext” beneath many of the ‘straight’ poems till he is picking up a highlighter pen and “rimming each delicate / stanza in cerulean, illuminating the readers-to-come . . .”

It’s a moment of personal as well as lit/crit revelation, a funny poem and the flood-gates open in accordance with the Whitman epigraph to section 1 of the book: “loose the stop from your throat”. From here on, punctuation and capitalisation become rare breeds in Scott’s exploration of gay love, shame, trauma and history. It’s only 3 years since Andrew McMillan’s Physical graced the Felix Dennis shortlist but Scott’s parallel collection is far darker, more explicit and brutal (but not always at the same time) and with a fierce sense of obscured queer history and its literary canon.

Interestingly, the child takes the clown “through the cemetery”. Scott won the 2017 Poetry London Competition with ‘crocodile’ which also elides, blurs, even equates sex and death. The extended simile of the crocodile dragging a young man to his death is really “that man / who held me from behind / when I didn’t know sex”. The violence and destructiveness in this case is very evident but so again is the young man’s desire: “I have these moments when I / know I wanted it asked for it”. It’s in this way such poems can make for uncomfortable reading. Scott does not simplify either the allure or the destructiveness of the erotic.

In two poems, Scott himself raises questions of authenticity. ‘Permissions’  reports, in choppy prose paragraphs, reports observations from a poetry audience, at first in admiration (“how daring how dark”), then more uneasily (“surely not this writer wasn’t”). This fragmentation evokes fleeting comments, half-finished thoughts but also an awkwardness because one of the burning questions seems to be “is the I you”. It’s as if the audience want to know if these are poems of witness, meaning of authentic biographical experience. Poems of witness also in the sense of the often traumatic nature of much of the material. ‘Admission’ is even more clear: “he asks if my poems are authentic [. . .] and by this he means have I been a victim”. In neither poem do we get a direct record of what the poet’s replies might have been and surely it hardly matters. One of the unassailable liberties of the poet is to make things up. But whether fiction or fact the resulting poem has to possess the feel of the truth and Scott’s work has this in spades.

As I’ve already implied, many of the truths these poems convey are dark and shameful ones. The third section of the book is titled ‘Shame’, again quoting Sedgwick: “Shame, too, makes identity”. Here are untitled poems which make the queer pastoral of ‘le jardin secret’ rather more complex; another boy’s look or look away prompts “the hot-face / trauma the instant rash-jam” of embarrassed blush, made even more painful by a father’s verbal abuse. Elsewhere the father says, “don’t tell anyone you’re my son” and the narrator himself bitterly opposes any easy sloganizing with “the opposite of shame is not pride”. There is some support to be found in reading books by “leo / paul / mark / jean / eve / michel” and source quotes and allusions are noted in Scott’s margins here.

It’s this very self-conscious sense of these poems appearing within a canon of queer literature and experience that jet-propels ‘Oh My Soho!’, the long concluding sequence to the book. Whitman again presides in the epigraph and in the free-wheeling, long-lined, detail-listing paean to the present, past and future of Soho itself. The narrative voice becomes a self-appointed “homo-historian” and Scott’s love of word play (which elsewhere can feel too self-conscious) here finds a suitable form and tone. The historical element takes in a discussion of the Warren Cup (in the British Museum) but is never far from subjective and exclamatory moments too. The vigorous, secretive, once-unlawful, now legal, still persecuted, lives of “homos” is noisily and slangily celebrated:

We, too, are not immune to this shameful progress; us homos are no longer revolting!

We are a long way from that library in 1998, but “normativity” remains the enemy against which Scott takes up weapons (one of which is his own body). ‘museum’ is a superbly sensual poem, expressive of a man’s desire for the damaged male body of a Classical statue. Here normativity re-appears in the “giggling pointing prodding” of a family also viewing the statue; their ridicule is self-transferred to the gay man who stands observing in silence. The persecutions pursued in the name of normativity are also disturbingly clear in ‘Reportage’, the reports being of the immolation of a gay man somewhere in Europe. And Scott’s own revolutionary and erotic zeal are unforgettably conveyed in the poem opening “even if you fuck me all vanilla”, going on with characteristically explicit descriptions of the ironically, self-consciously, unprovocatively, vanilla-ish act, he still declares at the climactic finish, “napalm revolution fuck- / ing anarchy we are still dangerous faggots”. 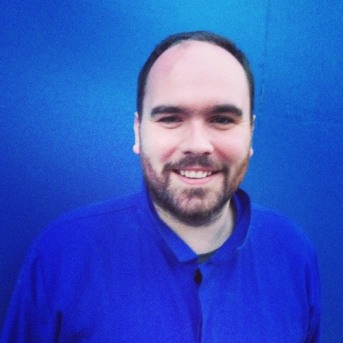