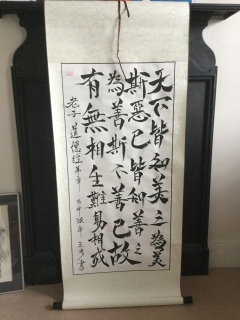 I travelled north to Bradford earlier this week to read from my versions of the Daodejing. For the first time a reader of Mandarin was present to read from something approaching the original texts. Bradford artist Yan Wang read beautifully as well as providing the evening with a couple of large banner-scrolls of chapters from the text. The whole evening had been organised by an old friend, Bruce Barnes, a poet and tireless organiser and more recently translator of long-neglected work by Kosuke Shirasu, a Japanese proletarian writer from the 1920/30s. I read Bruce’s ‘interpretations’ of Shirasu’s work (done with the help of Jun Shirasu and published as Out of his struggles (Utistugu Press, Bradford) on the train back to London and it reminded me that I had wanted for a while to organise my thoughts about the political elements in the Daodejing poems. (Poem titles in brackets are those I have given to the individual ‘chapters’ of the text). 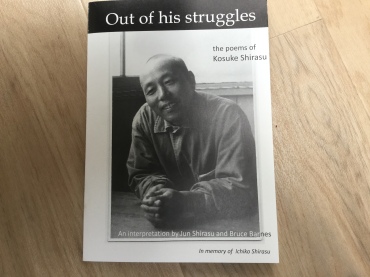 It’s generally accepted that one of the purposes of the collection of texts called the Daodejing is to instruct about good government. Chapter 46 (Annexation) argues that when government adheres to the Way – the teachings of the Daoist ideas – then its great parades of horses “are put out to grass to fertilise the ground”. It’s when government neglects the Way that its “war horses sire and foal / even on sacred ground”. Such neglect leads to personal and political “unsteadiness” which Chapter 26 (‘Breath-taking Scenes’) identifies as the “loss of all authority”. This is authority in its truest sense because in other poems we read of aggressive, power-grabbing behaviour which is also a way of neglecting Daoist ideas. Chapter 29 (‘What is Fixed’) describes those who grab at “earthly power” who are as liable to smash it as gain any advantage.

One of the key chapters, 67 (‘Three Treasures’) goes so far as to suggest that “only one reluctant to grasp power / is properly capable of government”. One clear attitude in these poems is that busy, hyperactive government – one that “grows brisk full of initiatives” – is an error:

to rule by dishing out

a multiplicity of choices 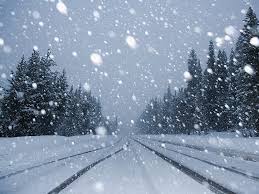 This distrust of big government is compounded when those with power try to ingratiate themselves with those they rule. With very little modernisation, the Daodejing is suspicious of those politicians who “style themselves ‘man of the people’ / sometimes ‘housewife’ / they like to say ‘we are all in this together’” (Chapter 39). What lies behind such cynical declarations is a real hunger for power as an exercise of ego (not true government). Laozi is very clear that such egoistic motives lead only in one direction for a nation: war.

–those who govern my teacher says

must oppose conquest by force of arms

thorn and bramble where troops assemble 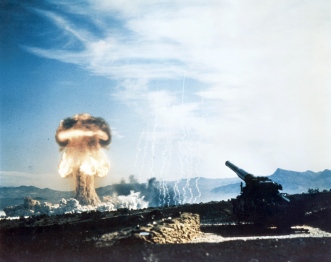 Leaders (and the Daodejing never really doubts that human society needs leaders of a sort) need to adhere to the Way and encourage their people to do the same. Chapter 37 (‘Dispassion’) puts it succinctly:

—the way enacts nothing yet through it all things are achieved

possessed themselves of it

the ten thousand would be transformed

once transformed if they begin

they ought to be constrained

with the uncarved wood quality of namelessness

the unconditional quality of the nameless

hence it is to be still

so the nation pursues its way in peace

This idea of ‘constraint’ begins to sound authoritarian again but elsewhere it appears our political leaders are being advised not to over-encourage our expectations. Chapter 19 (‘Fewer Wishes’) advises that a people’s restlessness ought to be dealt with by offering them “simplicity / to behold give them the uncarved block // give them selflessness give fewer wishes”. In our world of unconfined desire and acquisitiveness (the point of being alive?) this sounds suspect perhaps but is perfectly in line with those who choose to opt out of modern life towards simplicity, fewer possessions etc. The uncarved block is a recurring image representing the fullest presence of life and experience before we begin to hack away at it with our self-centred preconceptions. The three virtues of the Daodejing are to be compassionate, to be frugal and to lack ambition. 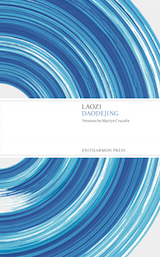 The point is that Daoist thinking is optimistic about human nature. There is a Rousseauistic quality to its belief in the goodness of mankind as a noble savage who has for too long been corrupted by interference, too many codes of behaviour imposed from above. This is where the poems’ anti-Confucian elements are most obvious. Chapter 18 (Codes of kindness’) argues it’s only when the Way “falls into disuse / codes of kindness thoughts / of morality evolve”. Laozi argues we are better off without such rules of codified behaviour. This is not quite anarchism but certainly a powerfully libertarian thread runs through the work. In one of the most striking images in the whole sequence, Chapter 60 (‘Recipe’) compares true government to the cooking of a “delicate fish”. It requires the gentlest of touches:

of your own spirit

no shuffle or harm

but aid and attend

the power to feed 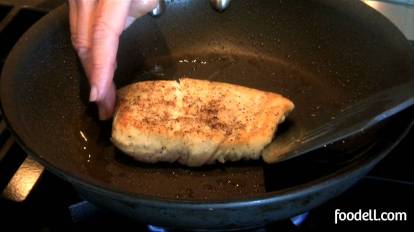 It’s this delicacy, gentleness, almost passivity of government that leads Laozi to associate this approach with the stereotypically ‘female’. Early on, in Chapter 6 (‘Valley’) we are told the spirit of the Way is “[a] valley without end / it is female it is called mysteriousness”. This translates politically into government playing a largely passive role (as does the good teacher) to show, facilitate, enthuse, give space, watch and approve. Government must be honest, give the tools, give opportunities, do its job well. Its role is to synthesise and connect (not disconnect or sever), shed light (but without dazzling, even inadvertently), use a delicate touch, be tangential. Its actions call forth responses to the fact it acts, plans, demands. Better back off, do not intervene, don’t use imperatives, perhaps use no words at all. It is better to play the female part, be passive, give space, encourage desired behaviours, neglect all else.

to which all contributing waters flow

the point to which all things converge

so their invitations issue from stillness

through quiescence they gather power

let’s call that female and the male cannot

resist he brings his watery tributes

and she gains adherents he procures favour

as she looks to embrace and empower

he finds himself part of a greater thing

in this way becomes part of creation

so both thrive both discovering bliss—

real power is female it rises from beneath 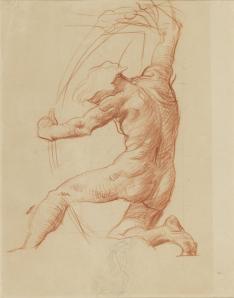 Like the cooked fish, another memorable image is the bending of a bow. As it is bent the top (of society) descends earthwards while what is “nearest the earth is raised up”. This is the ideal process of government in the Daodejing. Only in Chapter 80 (‘The Commonwealth’) does Laozi give something of a portrait of the contentedly ruled society. It is small, hard-working, has basic needs met; it has the capability of greater luxury (and also weapons) but none of these are made use of. This little society is aware of others around it (perhaps run on different lines) but its people are so content they feel no desire to travel.

Idealistic without doubt. But does this even sound attractive? It’s unlikely to – given our absorption into our consumerist society, our expectations that government ought to provide and lead. But we don’t need to look far to see systems breaking down and at the least what the Daodejing offers is an alternative vision of the exercise of power in society. It’s a vision that is over 2000 years old which means it’s either well past its sell-by-date or that it contains some wisdom that we ought not to ignore.

One thought on “The Politics of the ‘Daodejing’”