This is the second in a series of reviews I will post over the next two months of the 5 collections chosen for the 2015 Forward Prizes Felix Dennis award for best First Collection. The £5000 prize will be decided on 28th September. The shortlist is: 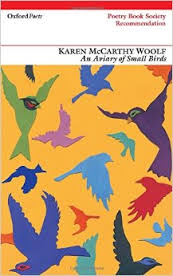 Carcanet’s colourful cover image of fluttering songbirds belies the terrific freight of grief that this book carries. The poems are presented as highly autobiographical and there are actually three deaths involved: that of a friend from cancer, a mother-in-law, and the central focus is the stillbirth of the author’s son in August 2009. The very personal nature of the materials makes critical discussion difficult but, in reading the poems, I found myself thinking of T S Eliot’s observations about what he regarded as the failure of Hamlet. This is the 1919 essay in which Eliot proposes his idea of the objective correlative, “a set of objects, a situation, a chain of events which shall be the formula of [a] particular emotion”. The emotion is re-evoked in the reader when the objective correlative is supplied by the writer. But Eliot argues Shakespeare could never quite unearth or disentangle the true emotions which he hoped would empower the play’s chain of events of a father’s untimely death and a mother’s remarriage. 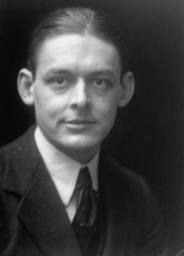 McCarthy Woolf’s book suggests something quite the opposite in that the specific emotions and key events of the child’s death always form the underlying premise on which every single one of these poems runs. This is both a strength and a weakness. The problem can be seen in ‘The Sooty Shearwaters’ which plainly describes the birds heading out to sea to feed. Their return at night time is aided by the switching off of TVs and streetlamps so the birds can “navigate by starlight / to find their young”. The birds’ cry is unique we are told; DJs come to sample it. But what the poem gives us is a chain of events, an objective correlative, which fails to evoke a strong response unless and until the reader brings to the poem the prior knowledge of the stillborn child’s loss. Only when plugged into that does the shearwaters’ determined, instinctive return to their young (and the island population’s touching assistance to that end), really gain force.

Also, as an exploration of the experience of grief, the book faces inevitable limitations because of the nature of the loss. There are several poems set in the acute moments surrounding the stillbirth and immediately afterwards but the majority are set sometime later (the book was six years in the making). Poems are arranged in a broadly chronological fashion and in an interesting reflection of the way a reader must keep in mind the premise of the original loss, many of the poems record the mother’s inability to move on from that same loss so that she, and the world around her, is repeatedly haunted by it. There are powerful moments here to be sure but no broadening religious dimension (Tennyson’s In Memoriam), no political thread (Tony Harrison’s The School of Eloquence), nor can there be any development (other than speculatively) about the nature of the lost one as in Hardy’s 1912 poems, Douglas Dunn’s Elegies, Anne Carson’s Nox, or Rilke’s Requiem for a Friend. The utterly tragic nature of the child’s loss in still birth imposes its own limits on the artistic response.

Nevertheless, An Aviary of Small Birds is admirably experimental in formal terms, some successful, others reading (surprisingly) like exercises carried out. For example, ‘The Museum of Best Laid Plans’ is a prose listing of the items on a bedside shelving unit, ending with a lock of infant hair. In contrast, ‘Morbleu’ takes us into the panic-stricken, semi-chaos of the delivery room, which is frighteningly conveyed through typographical layout and spacing: “ – we haven’t got – / a heart beat”. These are examples of the poems that stand up well independently, communicating fully to any reader whether in the context of this intensely-focused collection or not. Some of the best and most moving of other pieces take a markedly tangential approach to the tragic circumstances (perhaps the only way to approach such a grief). So ‘The Paperwork’ focuses on filling in a post-mortem form and makes powerful use of the tone and language of formality and administration so that one of the last options to be considered acquires, by contrast, even greater emotional weight: “Eyes not to be touched. / The doctor bites her lip, writes it in the box”. ‘The Registrar’s Office’ also manages to contain and convey its grief through indirectness as the bereaved mother, in a lightly punctuated flow and flurry of words, unburdens herself to the Registrar, but ends being more concerned about the windowless room in which the woman works. This illogical transference of the mother’s grief to a separate object is clear and credible and powerfully communicated to the reader. 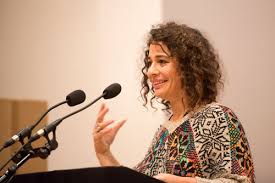 What the book does not offer in a sustained fashion is a more forensic analysis of grief, its impact and evolution; it says mainly that grief does not go away. ‘Where Steel Clatters’ is a strong poem describing a threatening-seeming landscape of whining saws, bullet holes, “a burnt-out Renault” – but the bereaved mother is unmoved by it, having learned that “the worst things happen in brash, / fluorescent rooms where steel clatters / and silence is the total absence of movement”. ‘Starlight’ is a curbed, curtailed, halting poem – as if it were weighed down by grief – expressing more directly the desire to be “away / from the gurney // and the empty metal cot”. It is perhaps through experiences with the natural world that some sort of consolation begins to be felt. ‘The Calf’ is set off the Canary Islands and makes untypical but important use of the islanders mythic belief that “the animal you need // always comes to you”. What the bereaved mother wants is to swim with a pilot whale calf, though this is “against the law”. There is a sighting from a boat: “then he’s gone // down into the dark. / Something is better than nothing.” In fact, the poem, which has surely ended here, goes on for another four lines (over a page break) and there are a few other moments where a final edit might have been considered. 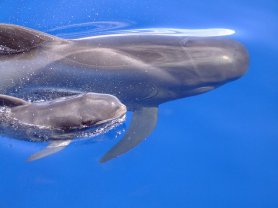 McCarthy Woolf has great empathy with the many animals in her poems and not only concerning the bird motif that runs through the collection. A dead hawk lying in a stream provides some “comfort” in a godless and faithless age; the “return to water, to the stream, to the earth” suggests some sort of cycle of life thing. And this is one of the most moving aspects of these poems of contemporary grief – the signal lack of outlets or rituals that might serve as ways of dealing with the loss. Latterly, rivers are imagined as speaking of the need to “endure” and the title poem itself redeploys the image of the lost child as a small bird in an aviary. The instinct of the natural creature, its need to be let go, is what teaches right action to the atomised, isolated, faithless individual of the mother in this book: though there is precious little evidence of moving on to be found in the collection, there is a realisation that it will be achieved only when the mother learns “to leave the door ajar”.

So: critical comment feels inappropriate at times with this book but it is presented to the reader as a poetry collection not a memoir. There is, throughout, a reaching for poetic variety not wholly matched by a variety of perspectives on the fundamental grief portrayed. There are several very powerful poems which I admire as technical achievements (given the powerful emotions from which they are derived, I don’t mean that as faint praise). But there are also a few make-weight pieces. McCarthy Woolf, whose book runs to only 63 pages, might, even so, have learned from the ultra-brevity and resultingly intense focus and consistency of a book like Colette Bryce’s The Whole and Rain-domed Universe (Picador), which weighed in last year at just 49 pages.