In The Dyer’s Hand (1962), W H Auden throws off one of his critical Interludes on the subject of Nathanael West’s fiction from the 1930s. With the passage of time and the continuing prominence of Simon Cowell, his observations only become more relevant. I currently have classes in process of preparing OCR A2 Coursework on West’s The Day of the Locust (1939), Fitzgerald’s The Great Gatsby (1925) and T S Eliot’s Prufrock and Other Observations (1917) and I’m finding that Auden’s piece, while difficult, provides a framework of terms and ideas which relate all three texts. 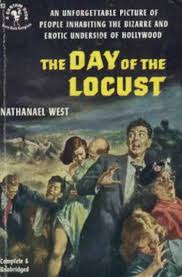 Auden denies West’s status as a novelist first, then as a satirist. The first point is because of West’s lack of interest in the accurate representation of either the “social scene” or “subjective life”. Auden’s definition, I guess, demands forms of realism, while West delivers forms of caricature. As for satire, Auden also holds a conventional position on it, demanding not merely a critique of American society and its behaviours but also positive elements, a way out, a solution however faintly sketched. West does not provide the latter (though I disagree that this disbars him as a satirical writer) and I wonder if later work might have developed a more positive message. West’s death, at the age of 37 in a car accident in Southern California in 1940, was one of the greatest losses suffered by US literature in the 20th century.

Auden argues West fictions are “Cautionary Tales” from an infernal land ruled by the “King of Wishes”. All his main characters suffer from what Auden christens “West’s Disease” in which the sufferer is incapable of converting wishes into desires. A wish here is a fantasy, a refusal of reality, particularly self-directed so that it proclaims “I refuse to be what I am”. Momentary, innocent, frivolous wishing is a form of play; if allowed to predominate in one’s psychic life, a wish becomes a form of self-hatred, leading to guilt and despair. In contrast, a desire (Auden is less clear on this) is an ambition, an intention which acknowledges the conditional nature of reality and the self, accepts the present state of both but seeks a pragmatic course to pursue the desire. Wishes begin as whimsy and grow poisonous; desire is the fuel that drives us out into the world. 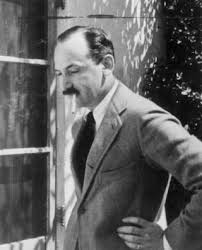 West’s characters know only wishes. They are doomed because they cannot truly desire anything since wishers deny themselves; they can believe nothing because wishers are always drawn to the next novelty. Faye Greener (from Locust) amuses herself by running through fantasies, stories she plays in her head, like “a pack of cards”. She loves to slip into a dream, she says, because “any dream was better than none”. But Faye is young and her wishes have some vitality. She may be convincing herself that they may sometime become desires. The strange case of Homer Simpson (yes, West got there long before Matt Groening) is of an older man who has ceased to entertain wishes at all. His is a passive sort of despair: “It took him a long time to get all his clothing on. He stopped to rest after each garment with a desperation far out of proportion to the effort involved”.

Both characters demonstrate the utter self-centred nature of wishers. Auden argues that, for such people, others exist only as images of what s/he is or is not, all feelings are mere projections of what is felt about the self. As perceived from the outside, all behavior therefore appears fraudulent, erratic, incoherent. Born of frustration and anger, the final stages of West’s Disease is a craving for violence, symbolically reflected in Locust in the stomach-churningly sanguinary cock fight of Chapter 21 and then literally in the film premiere riot of the final pages. 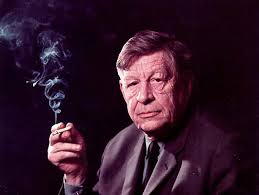 In 1962, Auden speculated that the promises of democracy and modern living only served to exacerbate this Disease, encouraging hopes of personal achievement beyond the bounds of reality and supplying apparent means of satisfying wishes through technological advances: “In societies with fewer opportunities for amusement, it was easier to tell a mere wish from a real desire”. We have probably only progressed in precisely the wrong direction on these issues. The instantaneous satisfaction of our wants blurs the wish/desire distinction Auden wants to make and we now have a slangy, slurred word for Faye Greener. Wannabe is a noun formed from a complex verb combination and is defined as someone who wishes for something but fails to have the drive, ambition or talent to make the journey in reality; a poser, a follower, a charlatan of sorts whose grip on reality is tenuous even when Simon Cowell tells them they are talentless.

More troublingly, it strikes me West’s Disease is an essential component of extremist, fundamentalist views – both political and religious – which achieve their existence and persistence only through the wisher’s denial of the indubitably various nature of reality. Faye Greener’s innocent deck of Hollywood dreams disturbingly travels, via West’s scenes of riot and sexual abuse, into the mouths of fanatics, to the deserts of Syria where real crimes are being committed because other human beings have become no more than mere projections of what is felt about the self.